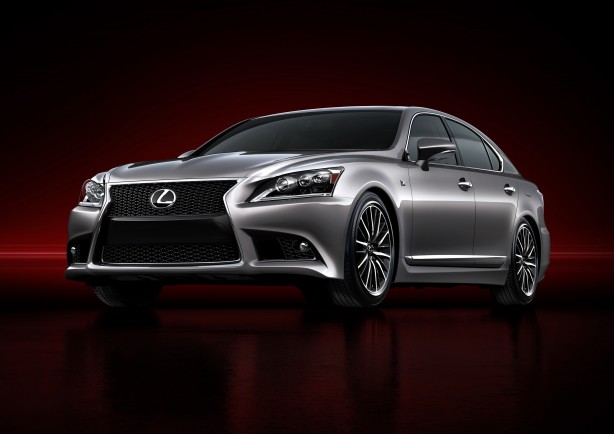 The new Lexus LS range has been unveiled in its full glory. The mid-life update heralds over 3,000 improvements and component changes to the vehicle, on top of the 2,500 received throughout its life since its launch in 2007.

“Our new flagship has much greater visual presence; the bold new design reflects how Lexus is evolving. This new LS brings sharper driving dynamics, the highest levels of refinement and luxury and once again is supported by industry-leading technology,” said Kiyotaka Ise, President of Lexus International.

However, the headline act is the addition of the LS 460 F Sport to the range which already includes the LS 460, LS 460L (LWB), LS 600hL hybrid. It is said to combine the class-leading quietness and comfort of the standard model range with a more sporting, dynamic chassis set-up to enhance traction, grip, handling agility and driver involvement. 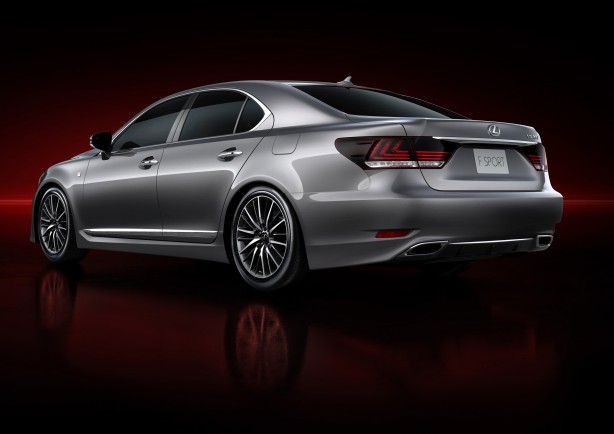 To live up to its sporting intentions, the LS F Sport is equipped with sport air suspension which lowers the body height by 10 millimetres, a torque-sensing, Torsen® limited-slip rear differential, which optimally distributes torque between the rear wheels and Brembo six-piston front brake callipers.

New wheel rim designs will feature across all models, with exclusive 19-inch alloy wheels for F Sport and new 14-spoke, hollow rim 19-inch alloys for Sports Luxury models. The new hollow rims significantly lower cabin noise by reducing resonance of the rim while driving. As a result, the Lexus flagship sedan is the quietest car in its class.

A raft of new technology has also been introduced, amongst them the Lexus Climate Concierge system. It combines automatic operation of front and rear seat climate control (heating and cooling) and the steering wheel rim heater via a network of 13 sensors managed by a central ECU to attain ideal occupant comfort.

There is also a Driver Alert Monitor that constantly monitors the movement of the driver’s head via two built-in near infra-red LEDs and a CCD camera. 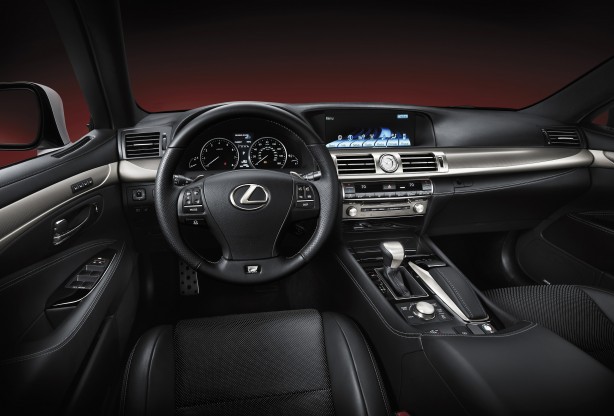 If the exterior makeover seemed subtle, it’s because most of the budget was spent on updating the LS’ interior. The entire dash cowl, centre console and surrounds have been redesigned to bring the car in line with Lexus’ all-new interior design themes that debuted on the GS.

The driver is greeted by a smaller three-spoke steering wheel, while a massive 12.3-inch wide screen LCD display sits proud on the upper dash. It is controlled by a second-generation Lexus Remote Touch controller. An advanced analogue clock resides just below it. In a world first, the clock is linked to the in-car GPS system allowing automatic updates to time as the vehicle traverses time zones.

Careful attention was paid to grouping the various lights of the interior to ensure that the welcoming and departure sequences, along with everyday use, provided the most pleasing light.

The new LS is due for launch in Australia in late 2012 or early 2013 with pricing and specifications to be announced closer to launch.