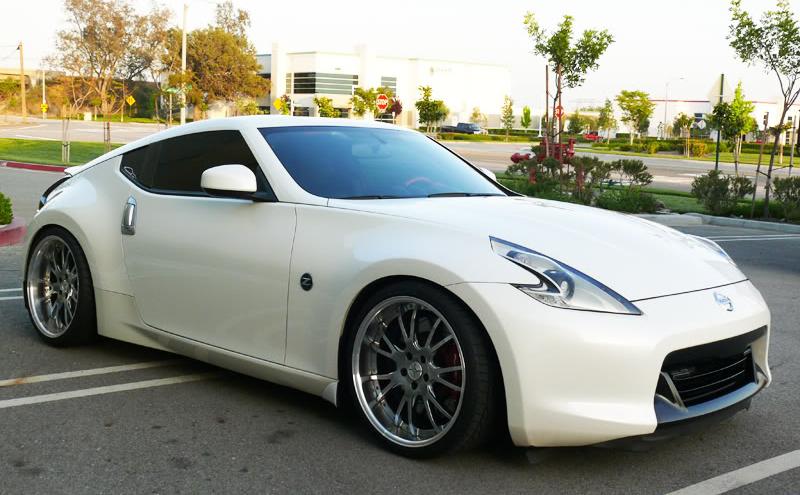 The Nissan 370z (Nissan Fairlady Z in Japan) has been around for awhile now and slowly it is getting more and more attention from tuners all around the world. Some chose to retain the N/A configuration while others have gone the forced induction way. However none we have seen so far come close to this. The 1000 horsepower 370z tuned by American tuner GTM Performance.

In order to achieve the magic 1000 horsepower figure, the folks at GTM Performance have to increase the capacity from the factory 3.7 litre to 4.5 litre. Next, they fit a stage 6 turbo kit featuring twin GT35R turbos . A Denso 2150cc fuel pump was used to feed the monster engine with enough fuel.

Modifications to the drive train include an OS Giken triple-disk ceramic HR clutch and flywheel. Engine management is taken care of by a HKS ECU.

This car is currently in the final stages of completion. We will bring you more updates once the car is finished. In the mean time watch the video below for some exterior shots of this 370z.