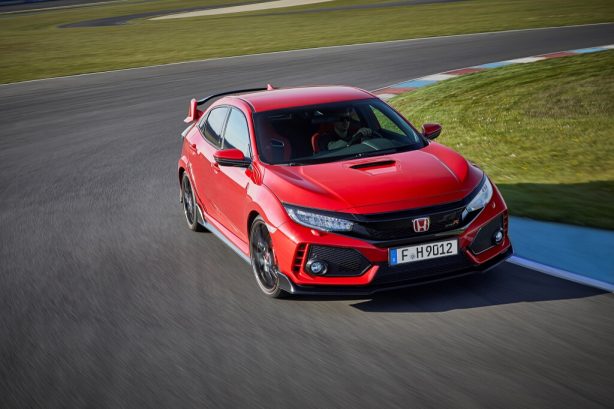 We all know that the 2017 Honda Civic Type R is officially the world’s fastest production front-wheel drive car around the infamous Nürburgring test track.

The hot hatch lapped the famed German circuit in a record 7 minutes and 43.8 seconds, an improvement of nearly 7 seconds compared to the previous-generation Civic Type R, and over 3 seconds faster than the previous FWD record set by the Volkswagen Golf GTI Clubsport in May last year.

But what’s it look like from behind the wheel in this record-setting lap? Watch the video below for a seriously quick lap and some really awesome driving.

The Honda Civic Type R that achieved the lap time was technically representative of production specification. A full floating roll cage was installed for safety reasons, but did not provide any additional rigidity to the body frame. The extra weight of the cage was compensated for by the removal of the Display Audio system and rear seats. The car was using street legal, track-focused tyres.

Due to arrive into Australian showrooms in the fourth quarter of this year, the new Civic Type R is powered by Honda’s 2.0-litre VTEC turbocharged four-cylinder petrol engine from the previous generation (not sold in Australia) but optimised and refined to produce 235kW and 400Nm of torque. The engine is paired with a six-speed manual with automatic rev matching on downshift.