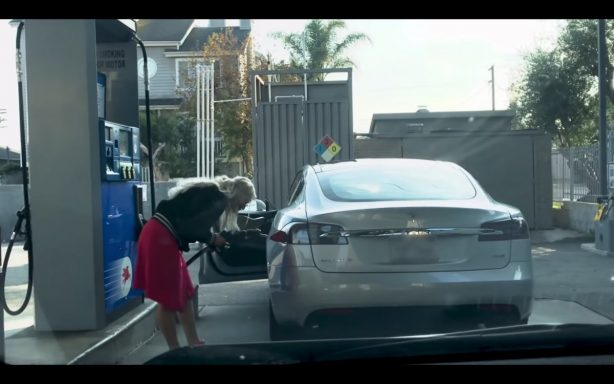 It certainly is a rare sight to spot a Tesla Model S – a fully electric car for those who’ve been away from planet earth for a while – at a petrol station, and we suspect the blond lady in the video might have just stepped off the USS Enterprise, as she can be seen desperately trying to fit the fuel nozzle into the Tesla’s charging port.

To be fair though, electric cars are still a rarity and to most people and they certainly don’t look and feel all that much different to a conventional ICE vehicle, especially the Tesla Model S.

So the poor lady in the video might have borrowed the vehicle without being told it’s an EV.

We couldn’t ascertain the authenticity of the video and the joke might be on us as it was all a setup. Nevertheless, it’s an entertaining video and will surely wipe your Monday blues away.

And if you ever encounter a similar situation, we suggest acting a bit quicker to spare the person the embarrassment.

Previous 2019 Kia Sorento Sport V6 Review – worth the step up?
Next KW Suspension tightens handling for Audi RS5 and RS4