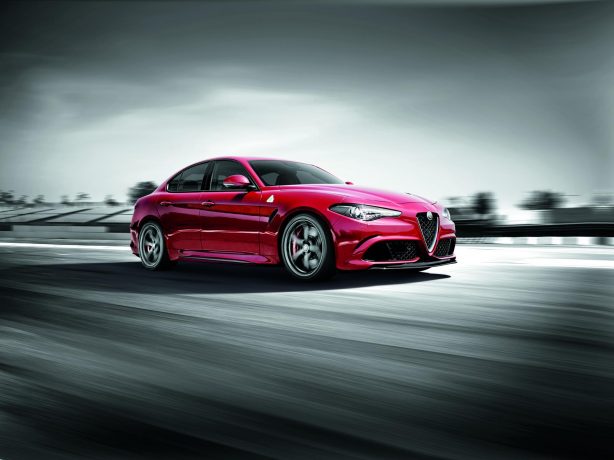 Alfa Romeo’s long overdue rival to the BMW M3 and Mercedes-AMG C 63, the Giulia Quadrifoglio, is once again proving that it’s up to the challenge. Powered by an all-aluminium six-cylinder 2.9-litre turbo petrol engine serving up 510hp (380kW) and 600Nm to the rear wheels, the sports sedan previously lapped the Nürburgring in 7 minutes and 39 seconds with a six-speed manual gearbox.

This time Alfa Romeo returned to the ‘ring with the eight-speed automatic version. Steered by test driver Fabio Francia, it recorded a super quick lap time of 7 minutes 32 seconds. That’s even faster than the Porsche Panamera Turbo’s time of 7 minutes 38 seconds. 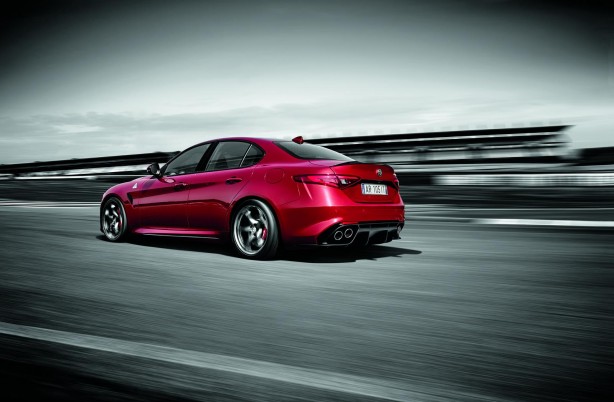 Taking the brand back into the premium compact executive segment, the Giulia Quadrifoglio is based on key ingredients of the Alfa Romeo technical architecture, including 50/50 weight balance and rear-wheel drive.

The Giulia Quadrifoglio retails at  €79,000 in its native Italy and is scheduled to arrive in Australia in mid 2017.

Watch the Giulia Quadrifoglio tears up the Nürburgring in the video below.