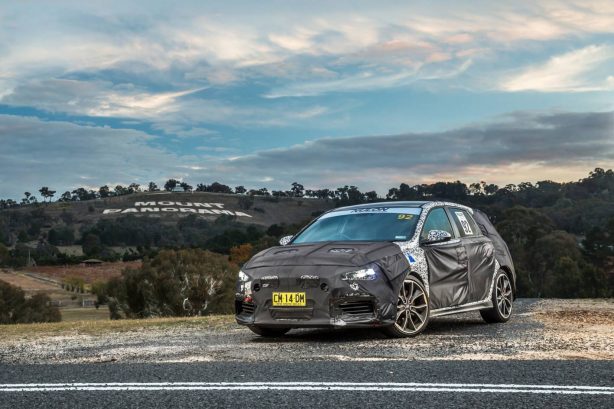 Engineering development of Hyundai’s first-ever hot-hatch has reached Australia last month, as the i30 N made its Australian competition debut at the Mount Panorama circuit in Bathurst.

Hyundai engineers used the opportunity chiefly to work on integrating MoTeC data acquisition and display systems, as the prototype hatch tackled the difficult twists and turns of the challenging Mount Panorama circuit at maximum speed. 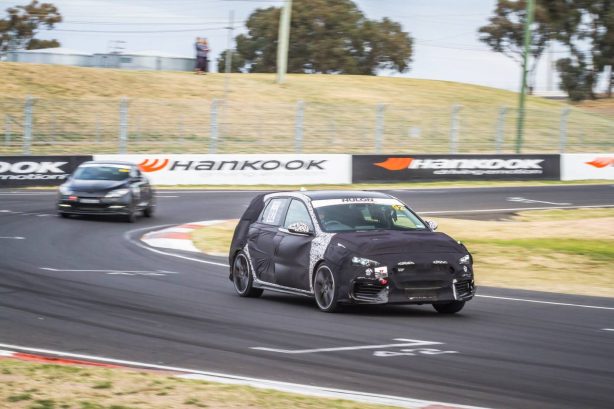 Part of the testing work involved monitoring and developing the way the plug-in MoTeC dash unit talks to the i30 N, which will ultimately allow motorsport enthusiasts access to the same type of displays and information found in the Hyundai i20 WRC rally car. Such features would include lap timing, performance information, data logging, custom graphical page layouts, and video overlay data solutions.

Several i30 N prototype have also been undergoing secret testing in rural Australia since January 2017, including hot weather endurance testing as well as rigorous quality and performance evaluation.

Brendan Reeves’ competitive runs at Mount Panorama identified several small areas for improvement, which Hyundai engineers will now address back at their Nürburgring (Germany) and Namyang (South Korea) technical facilities, as final honing of the i30 N continues in the lead-up to launch later this year. 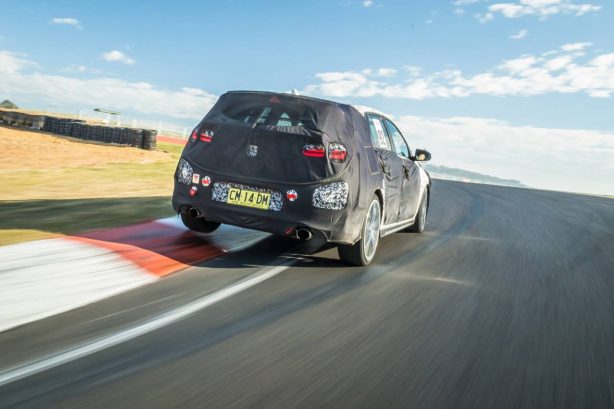 “We do a lot of testing at the Nürburgring Nordschlieffe, but there are also other very challenging race tracks out there, and one of the most challenging is Bathurst here in Australia,” said Mr. Biermann.

“It’s a very good experience to drive here at Mount Panorama and include the data we gather into our tuning that we will continue in Europe. I think the right driver on this track would have a lot of fun with the i30 N.” 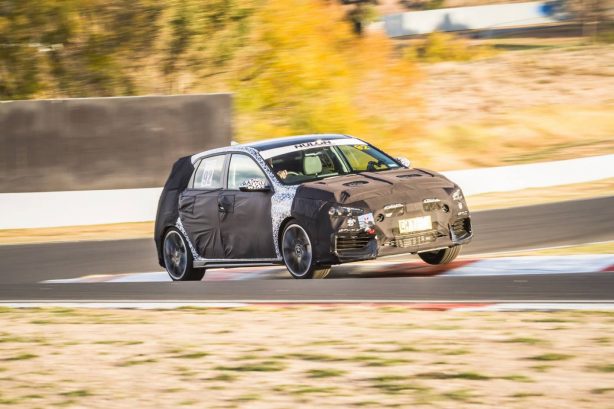 “The i30 N is designed to be a hot hatch that will be very much at home on the race track, so validation testing at Mount Panorama was a key part of its global engineering development programme,” says Hyundai Motor Company Australia Chief Operating Officer, Scott Grant.

“But that’s just half the story,” he said. “It has to work well on our uniquely challenging roads, too, so local testing and evaluation is critical, especially as Australia will be one of the largest markets for this car globally. The results have been very impressive and personally I can’t wait to see how Australian enthusiast drivers respond to this great little hot hatch.” 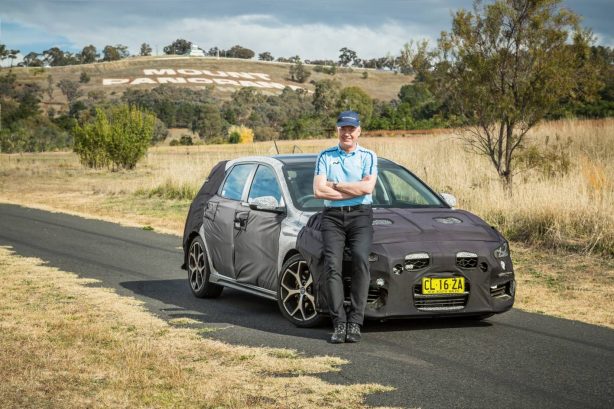 When the i30 N arrives in Australia later this year, it will be powered by a 2.0-litre turbocharged four-cylinder petrol engine in two states of tune – an ‘entry-level’ with 184kW/375Nm, and a ‘Performance’ variant with 202kW.

Both engines drive the front wheels through a six-speed manual transmission at launch, with an eight-speed dual-clutch transmission available from around 2019.