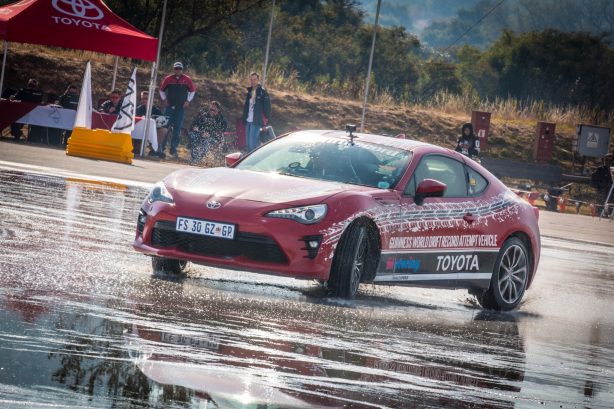 Drifting has taken on a whole new level with this stunt from South African driver Jesse Adams, who drifted this Toyota 86 to a new Guinness Book of record for the world’s longest drift.

The motoring journalist drifted a total distance of 165.04 kilometres around a skid pad in a standard Toyota 86 rear-wheel drive sports car, which was shod with factory fitted tyres – the same rubber fitted to a Toyota Prius. He took 5 hours and 46 minutes to accomplish the feat on a wet track in the South African city of Pretoria.

The previous world record for the longest drift was set by Harald Müller three years ago, also in a Toyota 86, with a distance of 144.1 kilometres.

The Toyota 86 is powered by a 2.0-litre four-cylinder boxer engine producing 152kW of power and 212Nm of torque.