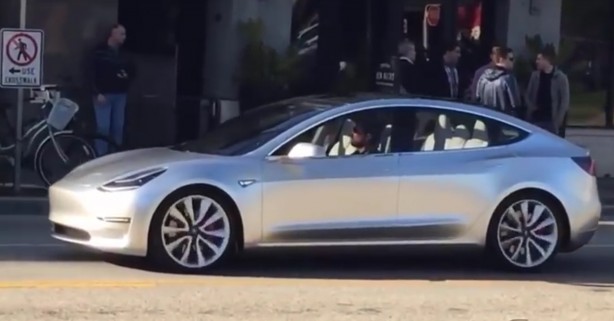 The world’s most talked about vehicle, the Tesla Model 3, was recently spotted cruising through the streets of California during a video shoot.

The Model 3 caught on camera was the metallic silver variant displayed during its launch on the 31st of March. The vehicle was seen tailing another metallic silver Tesla Model S which was fitted with video camera equipment.

The Model 3 looks essentially like a compressed Model S; the vehicle is lower and shorter than its bigger brother however, the front end is flat and lacks the stylish black chrome grille as on the Model S. Like its more expensive sibling, the door handles are hidden.

It is claimed to have a 345km range per charge and takes 6.0 seconds to hit 100km/h from a standstill.

The Model S already has one of the largest infotainment screens in a vehicle, but the Model 3 trumps it with an even larger one. It extends from the dashboard on an arm and looks almost as big as a desktop computer screen. 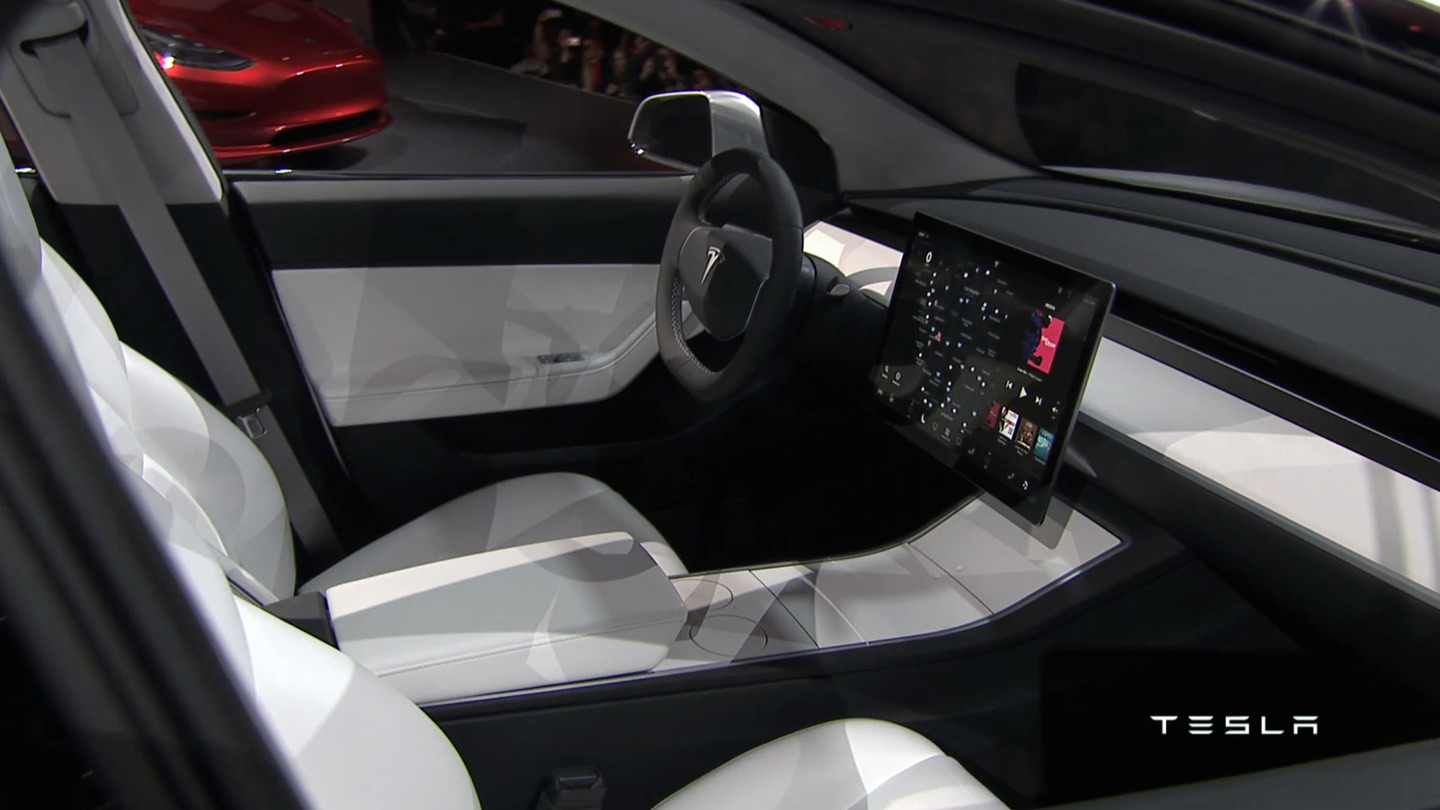 Elon Musk announced the Model 3 will earn a 5-star safety rating (US) and comes standard with Tesla’s Autopilot hardware and safety features on the entire range. All versions of the car will come standard with Supercharging capability.

The Model S is set to go on sale in the US next year with a starting price of US$35,000. Tesla claims they received 115,000 pre-orders in the first 24 hours, with customers paying US$1,000 deposit each. To date, there have been a staggering 325,000 pre-orders which makes us wonder whether Tesla can in-fact stick to their 2017 delivery date.