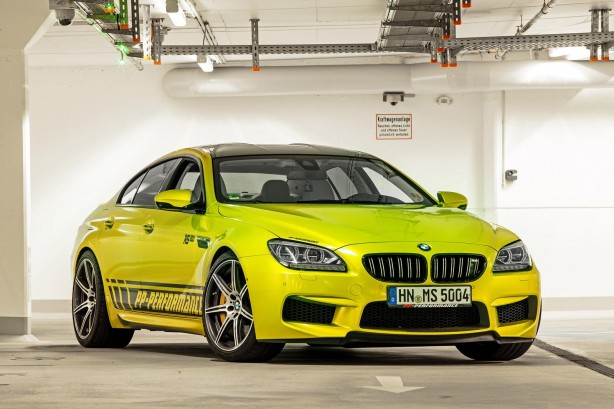 German tuner, PP-Performance, has introduced their tuning package for the BMW M6 Gran Coupé. Dubbed the BMW M6 RS800 Gran Coupé, with the 800 denoting the maximum engine power in horsepower, the car is claimed to be the fastest 6 Series in the world.

Churning out an impressive 588kW power and a monstrous 950Nm of torque, the prodigious power is squeezed out of the same 4.4-litre twin-turbo V8 engine as the standard car, which in factory form produces 412kW and 680Nm. The significant boost in power is achieved by means of electronic tweaks and the installation of bespoke downpipes, BMC racing filters and an Akrapovic titanium exhaust system. 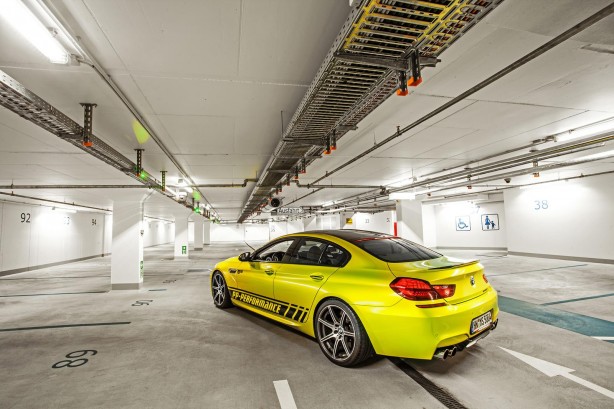 The result is a 328km/h (203mph) top speed! While the Weissbach-based tuner hasn’t released the cars century sprint figures, it is safe to conclude that it will destroy the standard M6’s 0-100km/h time of 4.2 seconds in a huff!

According to PP-Performance, the company’s tuning package was developed and tested in Abu Dhabi where conditions are harsh, with daily highest temperature hovering above 50oC/122oF and a fuel octane of just 92. Hence, the company is able to give the necessary warranty on all “power cocktails”. 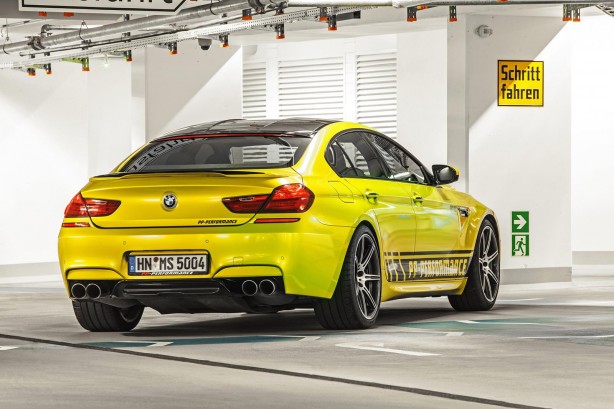 Aesthetically, besides the loud yellow paint job and a few decals, the M6 RS800 Gran Coupé is stock standard.