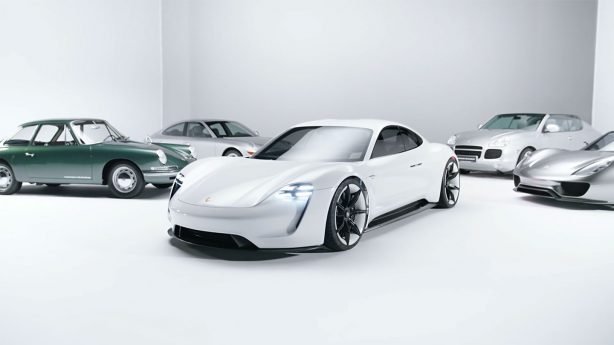 Those expecting a plethora of 911 concepts will be in for a surprise with the video featuring a greater variety of vehicles covering so much more than the iconic rear engined coupe.

Some concepts when released were considered overly ambitious at the time requiring additional reworking prior to making their debut as an official model while others were extremely close to the final product like the 918.

Others like the 2002 Cayenne Cabriolet Concept come through as a blending of two different worlds not often met. The odd combination of SUV and Cabriolet certainly polarised opinions when showcased yet proves that Porsche are willing to break the mold and push new boundaries.

Arguably the most important concept car from Porsche in modern years is the Mission E, marking a departure from fossil fueled sports cars to purely electric, the 4 door sports car is set to drastically change the perception of electric vehicles. Porsche is claiming an 80% charge capacity in just 15 minutes and a 500km range while keeping performance minded owners satisfied with 441kW of power.

Previous SPIED: Porsche 911 GT2 RS takes to the track with 485kW [video]
Next Jaguar I-Pace hits the street ahead of late 2017 debut