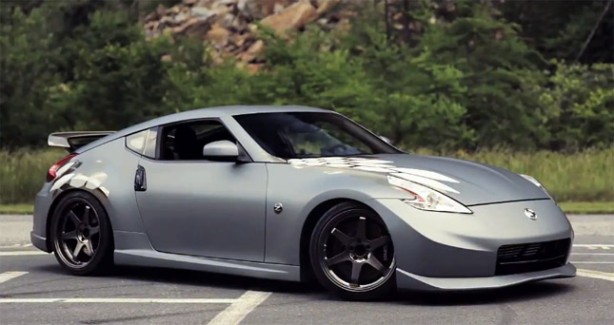 Here is a customisation project with a difference. A few months ago, Nissan asked its Facebook followers how they would like the company’s 370Z Coupé tuned using off the shelves parts and accessories. And that’s not all, they even asked them to choose the parts!

The result is “Project 370Z”, a 370Z tuning project undertaken in a number of phases, including both aesthetic and performance modifications.

The first stage entails the bolting-on of a twin turbocharger kit from Greddy to the 3.7-litre V6 engine that pushes the power out to over 500-horses. Also performed during the Stage 1 modifications include a Greddy Ti-C catback exhaust, KW coilover suspension and a StopTech Big Brake kit.

In Stage 2, Nissan engineers perform further changes to the V6 engine. The interior was also madeover during this stage. A new steering and gear shifter was installed, while new gauges and a pair of Recaro sport seats took the place of the standard items. The door panels were also re-upholstered.

Visually, the coupé’s body was covered in a matte grey foil wrap and complimented with a new set of 19-inch wheels from VOLK.

No performance figures have been released by Nissan yet. In the meantime, check out the videos below.