Lexus LC dazzles in “Into the Light” spectacle [video] 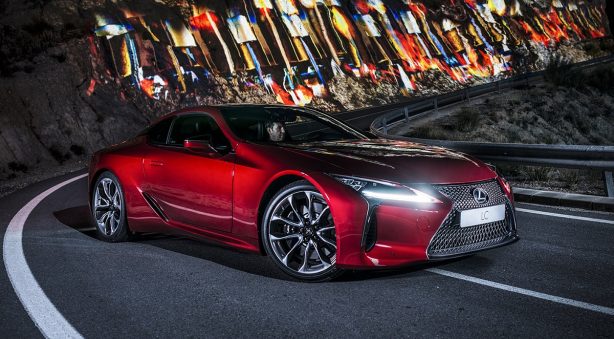 The new Lexus LC 500 may be six months away from its first appearance at a showroom, but the Japanese premium marque is giving keen buyers an “immersive visual and aural introduction” to the LC, before they actually experience the car in the metal.

Lexus is talking about an amazing spectacle where a Lexus LC 500 accelerates on a twisting mountain road and as it passes, its thrilling engine note shatters the rock face to reveal a battery of pounding pistons and spinning gears. In another scene, a face in the mountain turns to watch the car speed by.

Called the Lexus LC Into The Light, the clip is a result of a ground-breaking film-making project that has shunned CGI trickery in favour of real-world projection mapping artistry on an unprecedented scale.

A team from projection mapping experts QED Productions had to map the projections onto the rock, linking multiple projectors to create a seamless image. The projectors used in the filming were some of the largest and brightest in the world.

Watch how they did it in the accompanying video below.