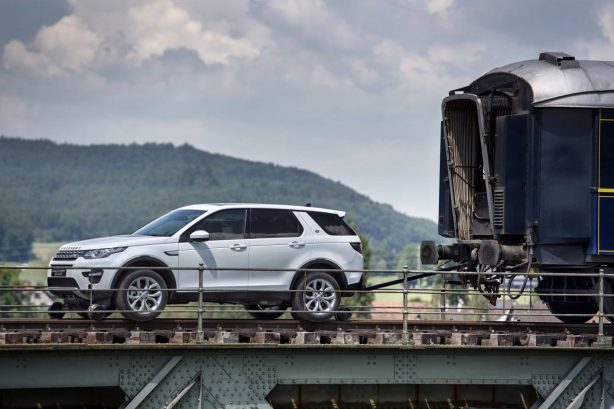 Land Rover stopped people in their tracks today as the Discovery Sport mid-size SUV towed three luxury train carriages weighing more than 100 tonnes along a railway track in a demonstration of towing capability.

The 10km journey through the Rhine region of northern Switzerland put the Discovery Sport’s pulling power to the ultimate test. Despite having a certified maximum towing weight of 2,500kg, the SUV was able to pull 60 times its own weight, thanks to the 132kW Ingenium diesel engine providing 430Nm of torque. 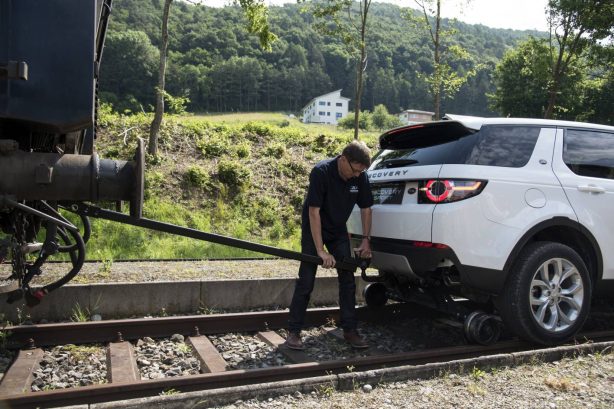 In addition, the Discovery Sport benefitted from Land Rover’s portfolio of towing and traction technologies such as Terrain Response, Tow Assist, Tow Hitch Assist and All Terrain Progress Control – a semi-autonomous off-road driving system that automatically manages engine output and braking, to complete the stunt.

The stunt was aimed to showcase the strength and capability of the Discovery Sport, echoing a similar feat performed in 1989 for the launch of its ancestor, the Discovery I. 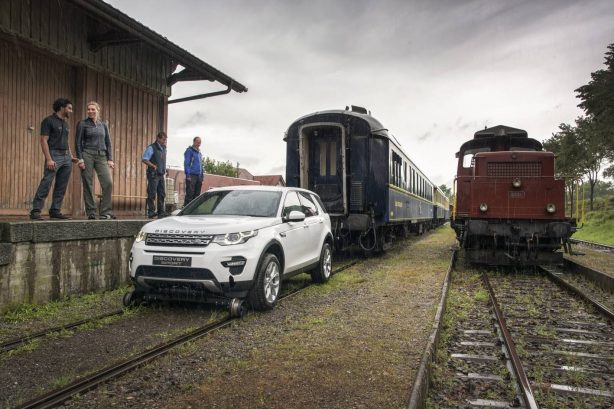 Karl Richards, Lead Engineer for Stability Control Systems at Jaguar Land Rover, said: “Towing is in Land Rover’s DNA, and Discovery Sport is no exception. Over the years, we have introduced game-changing towing technologies to take the stress out of towing for our customers. I’ve spent most of my career travelling to the most punishing parts of the world to test Land Rovers in grueling conditions, yet this is the most extreme towing test I’ve ever done.”

The vehicle’s drivetrain remained unchanged; the only modification being the fitment of rail wheels by road-to-rail 4×4 conversion specialists Aquarius Railroad Technologies, to act as ‘stabilisers’. 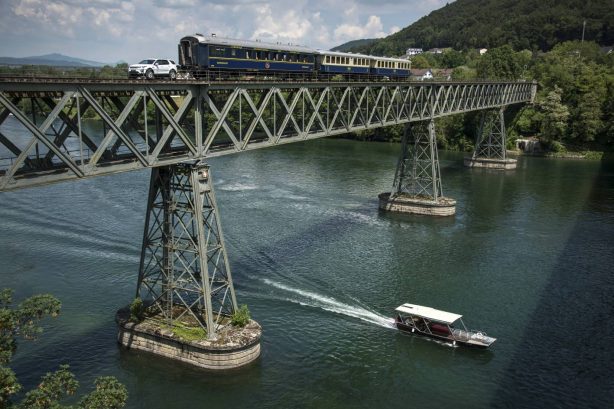 Unlike the 1989 Discovery tow, Discovery Sport completed the pull without the aid of low-range gears, instead using the standard 9-speed automatic gearbox and Terrain Response technology to generate the necessary traction. Land Rover’s All Terrain Progress Control (ATPC) system was also engaged at the press of a button during the tow, to maximise traction at a set speed. Acting much like a ‘low-speed cruise control’, ATPC allows the driver to focus on the road – or in this case the railway – ahead.

The train-pulling feat was undertaken on 10km of track at the Museumsbahn Stein am Rhein in Switzerland, crossing the River Rhine on the dramatic Hemishofen bridge – a historic steel span measuring 935 feet long and soaring 85 feet above the valley floor. 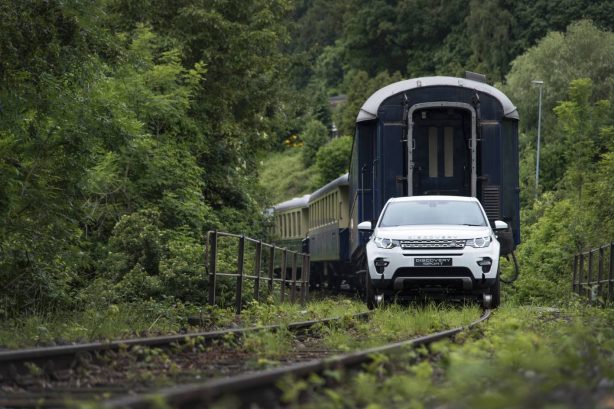