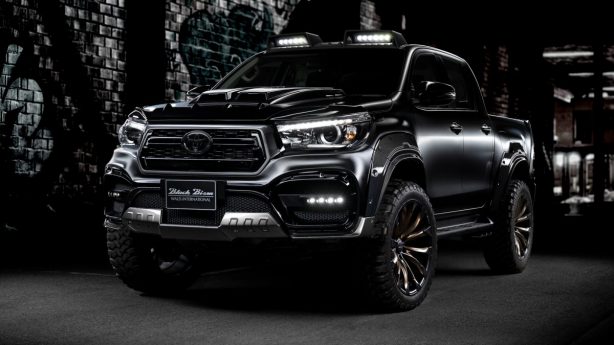 Japanese tuner Wald International has brought out what is most likely the wildest Toyota HiLux we have ever seen. 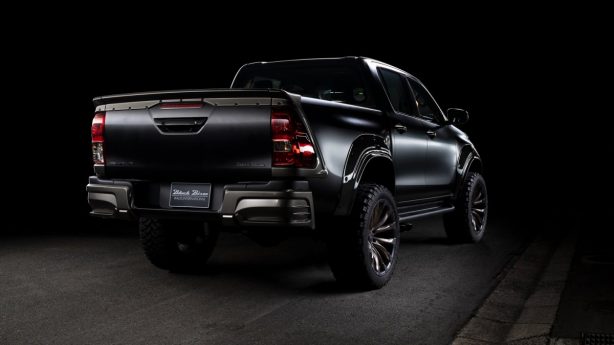 Added aggression also comes from the customised front bumper with larger intake vents and skid plate. Similar treatment is also applied in the rear in the form of rear spats for the rear bumper. A radical three-tip side-mounted exhaust system adds further attitude. 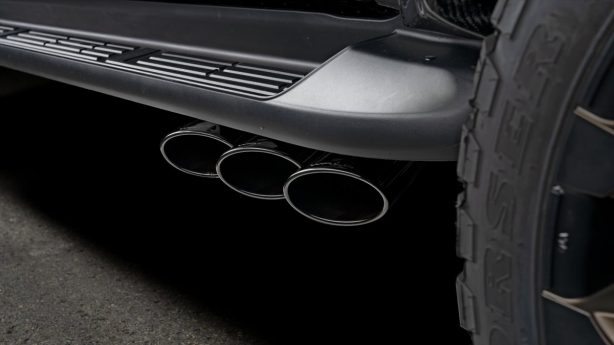 The tuned HiLux rolls on massive 22-inch bronze wheels wrapped in all-terrain tyres for that toughened look and ruggedised performance. Wrapping up the upgrade is a full matte black exterior paint, complemented by the obligatory Wald and ‘Black Bison’ badging on the tailgate.

Wald stopped short of revealing what’s under the bonnet, but the standard HiLux is powered by a 2.8-litre four-cylinder turbodiesel that puts out 130kW and either 420Nm torque when backed by a manual gearbox, or 450Nm with the optional automatic.