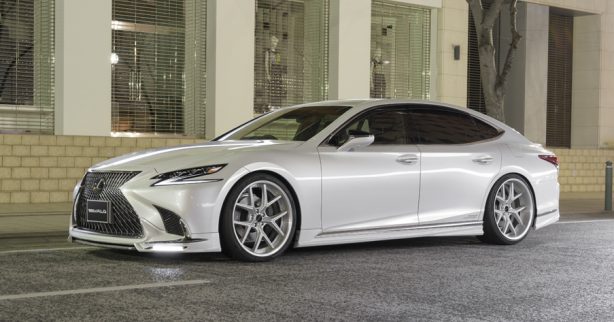 Wald International has dialed up the new Lexus LS’ aggression with two sets of new exterior body kit called the Executive and F Sport respectively. The Lexus flagship is already a stunner from the factory but that doesn’t stop the Japanese tuning house from waving their magic wand over the luxury limo; something they have done since the original LS 400 in 1994. 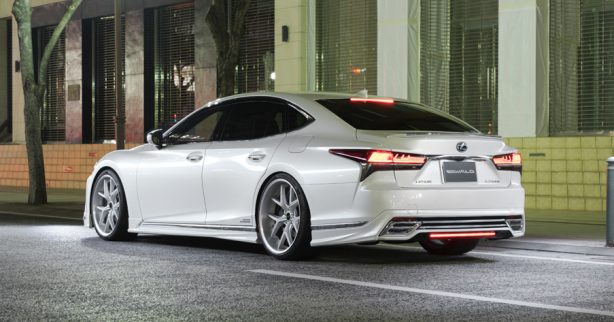 Owners of the LS 500 get an even more aggressive-looking body kit that also includes a full skirting package. However, in order to fit the rear lip, slight modification to the original bumper is required, including removal of a small section of the bumper, diffuser and tail finishers.

Those wanting an even more sinister look can go for Wald’s F Sport treatment. In the LS 500h, it brings front, side and rear skirts with smoked chrome accents, a slim spoiler furnished in either chrome or smoked chrome, sports fender ducts and aluminium fender fins. 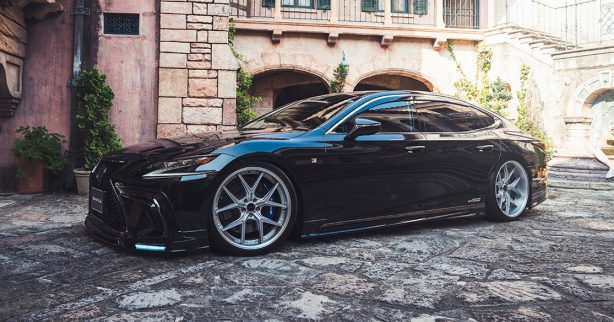 For the LS 500, the F Sport kit includes a special rear skirt with integrated muffler cutters and smoked chrome highlights. But like the Executive pack, the tuner will need to cut into the bumper for a perfect fit. However, Wald says all parts are made of ABS plastic and can be easily installed using the existing factory brackets.

Wald also offers a special exhaust that its says will provide a more aggressive sound and improved throttle response during acceleration. 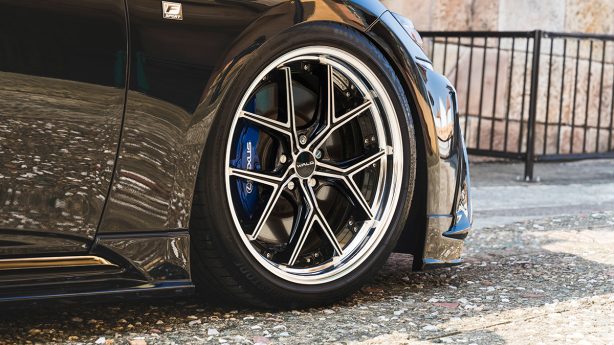 Finally, customers can specify either a set of I12-C or T22-C alloy wheels ranging in size from 20- to 22-inch, although Wald recommends the 9.5×22-inch front and 11.5×22-inch rears for maximum visual impact.

The modifications are purely cosmetic, which means the LS 500 continues to produce 310kW/600Nm from its twin-turbo 3.5-litre V6, while the LS 500h features a 264kW hybrid engine consisting of a 3.5-litre Atkinson cycle V6 with two electric motors.