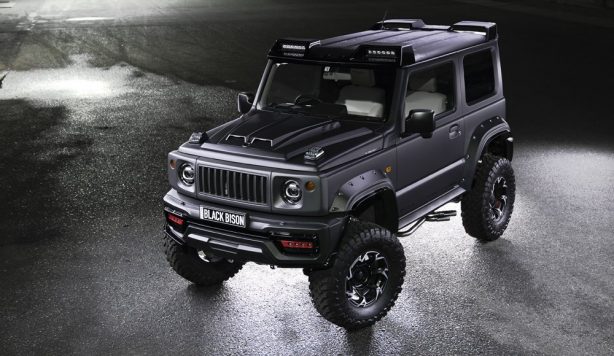 Tuners and enthusiasts alike love the new Suzuki Jimny’s Mercedes G-Class inspired looks and the latest to get their hands on the mini off-roader is Wald International with their Black Bison kit.

The Japanese tuner seems to have taken inspiration from the rugged G500 4×42 with their exterior kit for the Jimny, as it’s not hard to spot the similarities, from the round headlights, upright grille and LED daytime running lights to the aggressive bonnet scoops and roof-mounted LEDs. 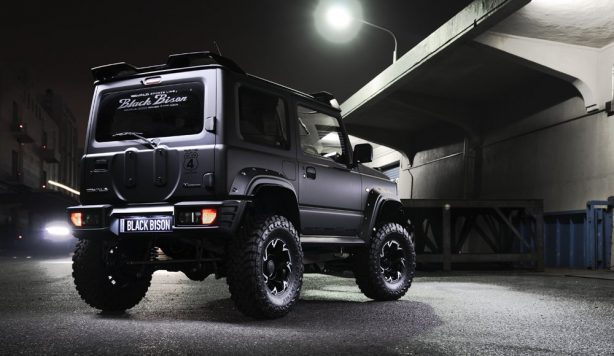 The package also includes a set of large off-road wheels and tyres attached to a set of jacked up suspension to improve ground clearance, and even a side exiting exhaust system.

Around the sides, the G-Class vibes continues with the flared wheel arches, while at the back, there’s a prominent roof-mounted spoiler and new rear bumper. For some unknown reason, Wald International has chosen to delete the tailgate mounted spare wheel, leaving it with an unsightly left over spot. 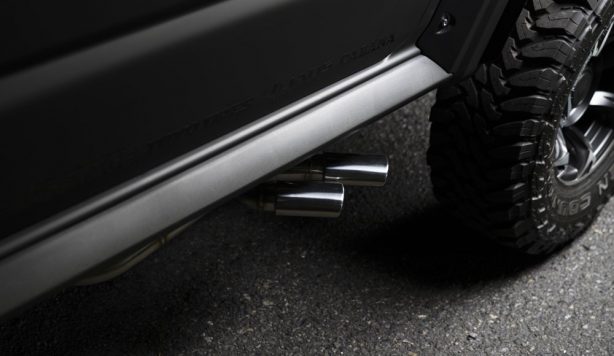 While the aggressive bodykit might suggest a bump in power but the tiny 1.5-litre four-cylinder engine remains unchanged. As a result, the Black Bison still packs a modest 75kW of power and 130Nm of torque, channeled to all four wheels via a 5-speed manual or 4-speed automatic.