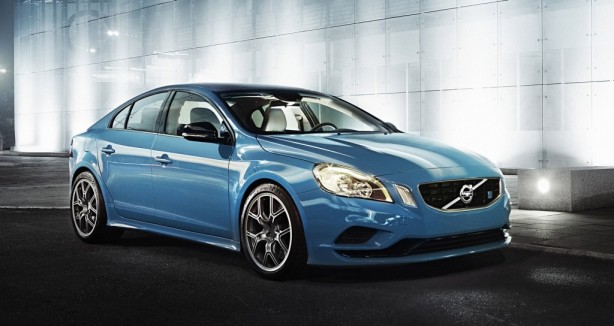 Volvo has been largely dormant when it comes to making high performance variants of their standard production cars. However, in recent years the Swedish company has stepped up its game with cars like the S60 T6 with its powerful 304 horsepower (224kW) turbocharged engine and all-wheel-drive. Things have gone even better with Volvo engaging motorsports partner Polestar to produce a new performance concept based on the S60 sedan.

The Concept is called the Volvo S60 Polestar Performance Concept and shows the tuning potential of Volvo vehicles. Under the hood the S60 Polestar Performance Concept shares the same 3.0 litre six cylinder engine as the standard S60 T6. But the similarity stops here as everything else is bigger and better. For a start the Polestar S60’s cylinder head and engine internals are strengthen. Then it gets a new intake manifold and a redesigned intake system, custom connecting rods, a new Garret turbocharger and a high-flow stainless-steel turbo-back exhaust system.

The result is a whopping 508 horsepower (374 kW) and 424 Lb-Ft (575 Nm) of torque, enough to go head to head with the likes of BMW M3, Audi RS4, Mercedes C63 AMG and Lexus IS-F. To cope with the extra power, Polestar also upgraded the drivetrain and chasis. A new reinforced six-speed manual replaces the transmission in the standard S60 T6 and the all-wheel-drive system is tweaked. Cornering performance is improved with the help of a set of Ohlins sports suspension, larger anti-roll bar and 19-inch light weight alloy wheels. A set of Brembo brakes with six-piston calipers and 380mm ventilated discs up front and 302mm discs at the rear takes care of the braking work.

The Polestar S60 can blast from standstill to 100 kph in a blistering 3.9 seconds and continue on to an unrestricted top speed of 304 kph. That’s supercar territory!

Although the car remains a concept, Polestar has indicated that the car may eventually make it to production in small volume if demand exists.