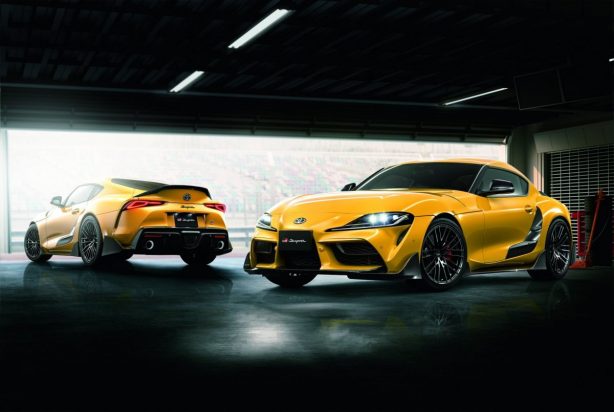 First showcased as a concept back in February 2019, the Toyota GR Supra Performance Line Concept has now become a reality. The in-house tweaked Supra is now officially called the Supra TRD, which as its name suggests, is tuned by none other than Toyota’s factory tuner – Toyota Racing Development or TRD.

The Supra’s already tough looks is beefed up further with an array of TRD goodies including an eight-part aerokit made entirely from carbon fibre. 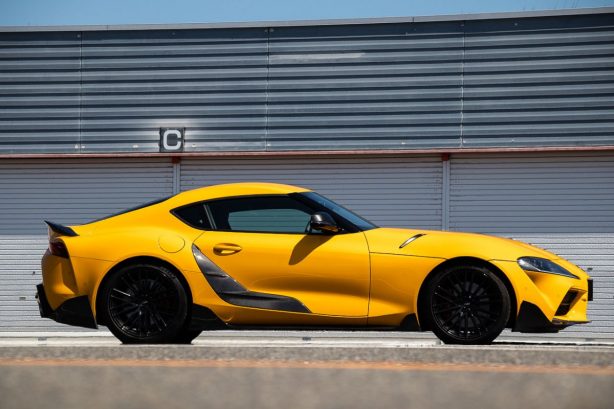 Around the back, there are rear spats just behind the wheels with even larger fins than those at the front and sides. While the GR Supra already has an integrated rear spoiler that is said to be inspired by the A80’s massive rear wing, TRD has included a carbon strip to make it look even more prominent. A set of black forged 19-inch alloy wheels complete the GR Supra’s new look.

From the graphics that accompany the press release, it appears the aerokit helps improve airflow around the sports coupé. 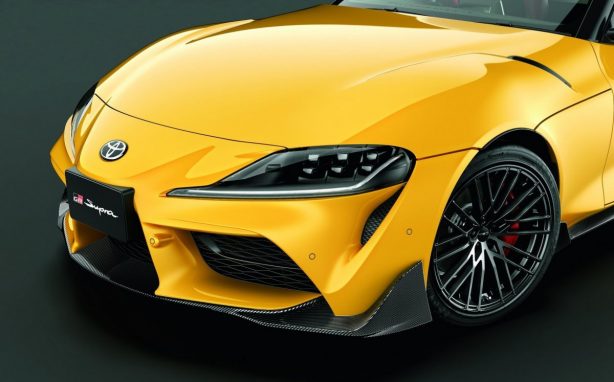 It’s not all just a cosmetic exercise as the Supra TRD also gets upgraded suspension which consists of a set of TRD TRAS shock absobers. The new shocks are said to give the Supra an even flatter cornering stance while maintaining ride comfort. The set up also lowers the ride height for a more visually aggressive stance.

With a weight distribution of almost 50:50, the fifth-generation A90 Supra is powered by a turbocharged 3.0-litre straight-six engine produced by BMW with outputs of 250kW and 500Nm. Paired exclusively to an eight-speed torque converter automatic and rear-wheel drive, it’ll send the Supra from 0-100km/h in 4.3 seconds, before pushing on to a limited top speed of 250km/h.