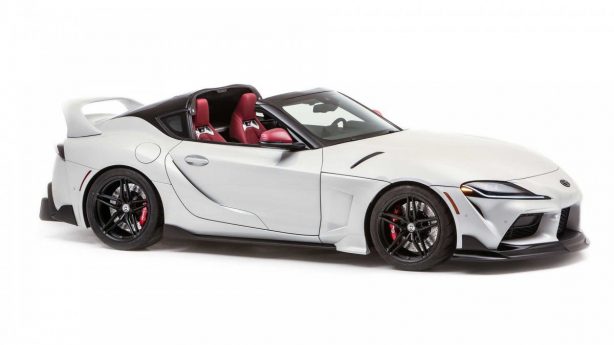 Toyota has unveiled the 2021 GR Supra Sport Top, an open top version of the GR Supra that harks back to the targa top Supra’s of the 80s and 90s.

Created for the SEMA360 Showcase and revealed online, the GR Supra Sport Top is a one-off concept that features a removable roof. But unlike a targa top or “T-Top” Supra of the past, there is no centre bar down the middle, just open air as far as the eye can see. 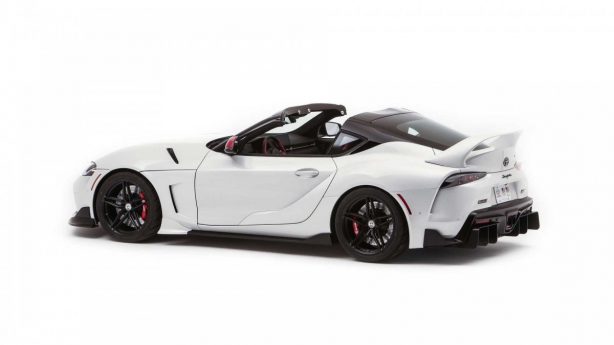 It’s said that the Toyota team put much thought into the unprecedented task of removing the roof – a significant part of the GR Supra’s structure. The crew ensured structural rigidity by reinforcing large sections of the vehicle’s frame. The removable roof includes two composite panels that can be stored in the car’s boot. 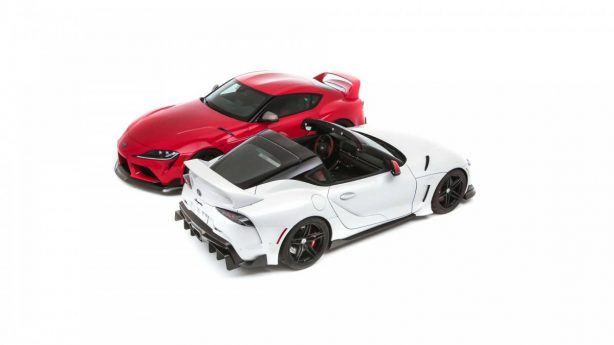 As a sibling to the GR Supra Heritage Edition that was unveiled in last year’s SEMA, the Sport Top delivers similar styling cues like the MKIV Supra-inspired “basket handle” rear wing and round taillights. For a sleeker look, the GR Supra Sport Top has a striking profile that includes a black piano-finish canopy over the top.

The GR Supra Sport Top is powered by a BMW-sourced 3.0-litre turbo in-line six cylinder engine that in factory form generates 285kW and 500Nm. However, the SEMA model receives upgrades such as bigger brakes, tuned engine, turbocharger and ECU, and custom front and rear suspension to ensure it performs as spectacularly as it looks.