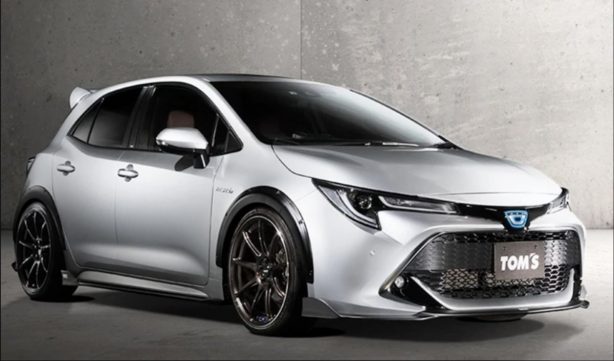 With the Toyota GR Corolla name trademarked earlier this year, it’s only a matter of when the hot Corolla makes its debut. The GR name is given to Toyota’s performance line-up and is the acronym for Gazoo Racing, the company’s in-house tuning and racing outfit. The GR Corolla will take on the likes of Volkswagen Golf GTI and Ford Focus ST.

But if you can’t wait no more, independent Toyota tuning specialist TOM’S is offering a kitted up Corolla. Based on the Corolla ZR, TOM’S Corolla is fitted with a front bumper lip spoiler, side sill extensions and rear diffuser. The hatchback also gains pumped up wheel fender guards, extending width by 20mm on each side. 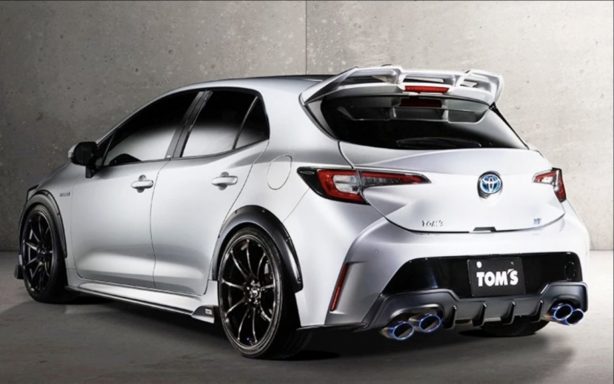 The back of the car adds a prominent roof spoiler, complemented by a tailgate duck tail spoiler. Rounding up the mods is a set of 19-inch wheels and sports exhaust with quad tips.

While the GR Corolla is tipped to share the drivetrain of the recently unveiled GR Yaris production model, adopting its 1.6-litre in-line three-cylinder turbocharged engine that pumps out 192kW of power, TOM’S has left its Corolla’s engine bay intact, leaving it all up to enthusiasts to tweak. 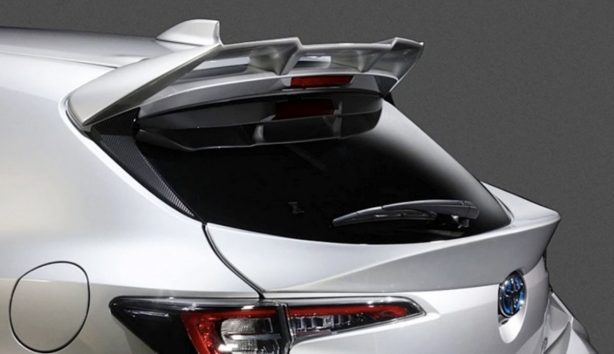