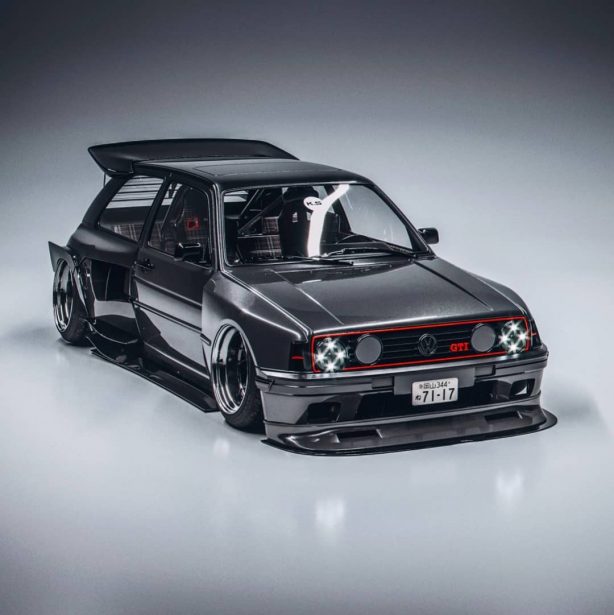 This insane virtual Volkswagen Golf GTI could soon morph into a real-life machine, thanks to JP Performance and Prior Design.

While it might have started life as a rendering by Khyzyl Saleem, who introduced it to the world via his Facebook page a few months ago, the designer has just confirmed he has been approached by Prior Design to turn his work into a reality. The tuning company will collaborate with JP Performance, which will take care of the performance modifications. 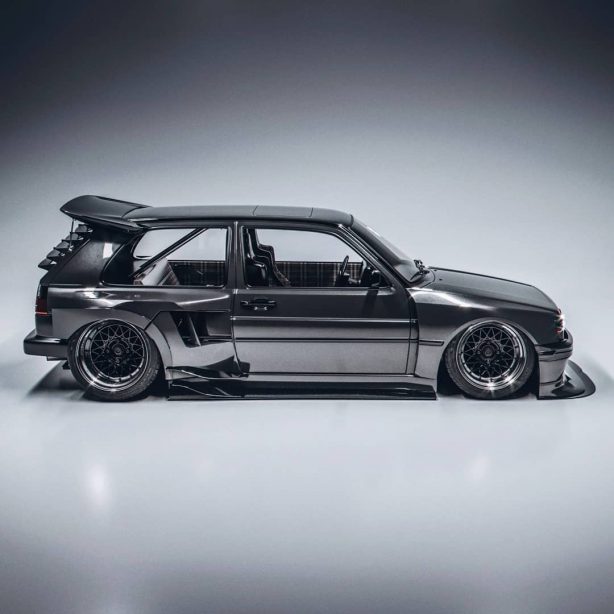 “I honestly couldn’t think of anyone more suiting to do it given how crazy his previous builds are,” Saleem said on his Facebook post referring to the tuning companies working on his project.

Not much is known about the project at this stage but Saleem has confirmed the heavily modified first-generation Golf GTI will feature a rear-engine layout to match it wild exterior.

Speaking of which, the exterior package consist of a full widebody kit complete with a new front bumper featuring an eye-catching splitter that sits not far above the ground, side skirts, diffusers and a giant fixed wing at the back. 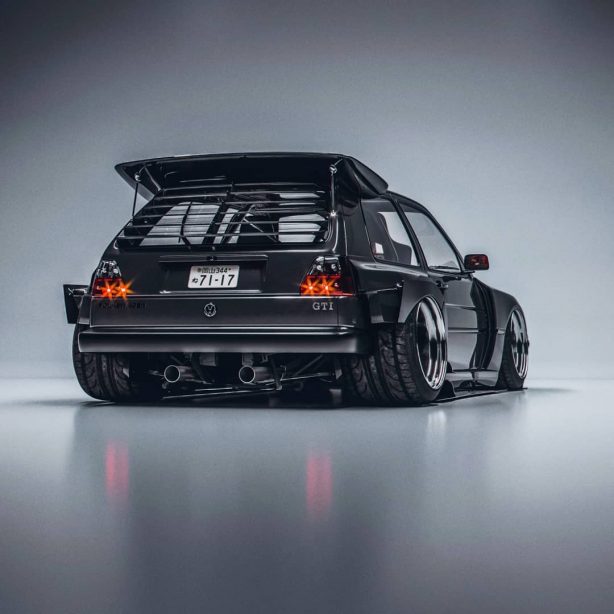 Most impressive of course, are the flared front and rear arches that house a set of after market wheels, with the rear wheels wrapped in amazingly wide tyres for an extra wide stance.

We’ll definitely be keeping an eye out on the finished product!