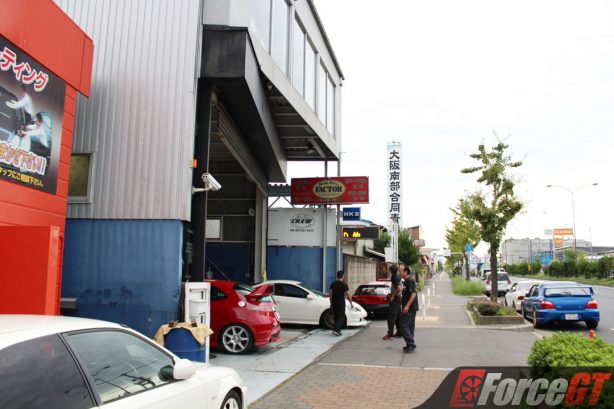 On my most recent trip to Japan I set aside a Wednesday in Osaka to check out one of Japan’s most notable rotary tuners, Fujita Engineering. After a lengthy train ride and equally long walk I’d made it to my destination which I’ll be covering in a future article. It was on my return trip that I noticed several Type-R Civics and Integras outside a shop on the other side of the road and curiosity got the better of me. If Osaka’s tuning scene is famous for one thing it’s the Kanjo racers who blast along the Osaka ring road in the dark of night at excessively enthusiastic speeds, and I’m sure more than a few of those cars have had work done here at Racing Service – Factor. After a quick introduction with the manager, he was happy for me to take a look around and have a chat about the cars within. 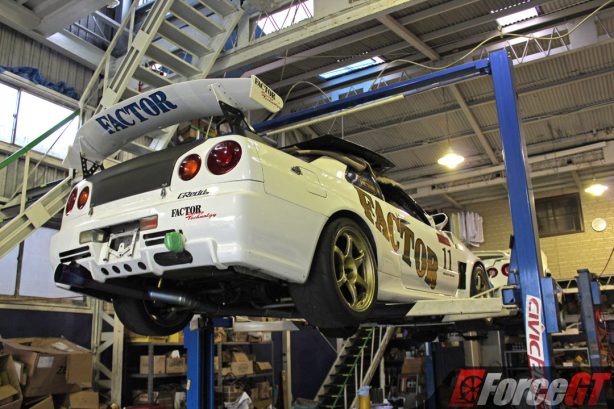 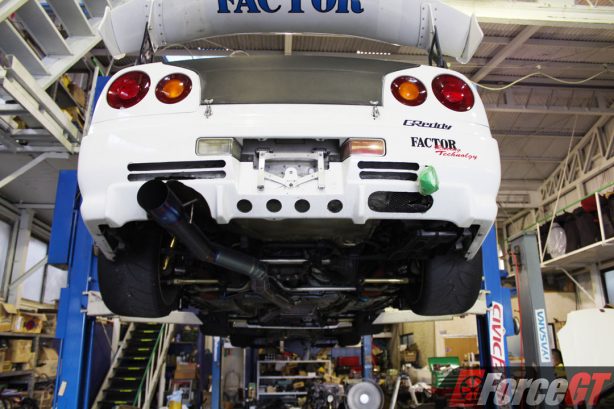 What grabbed my immediate attention were the two cars on the hoist. An R34 GT-R and in front of that an R35 GT-R. 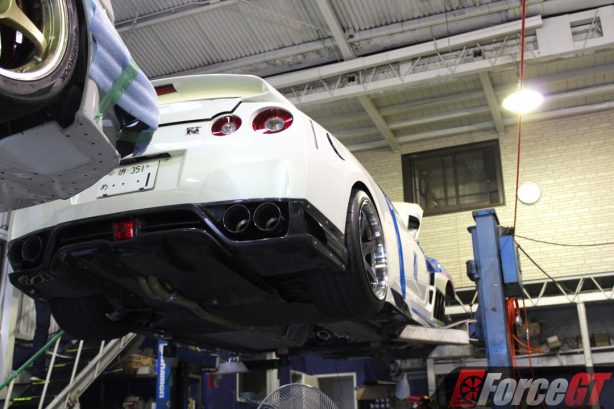 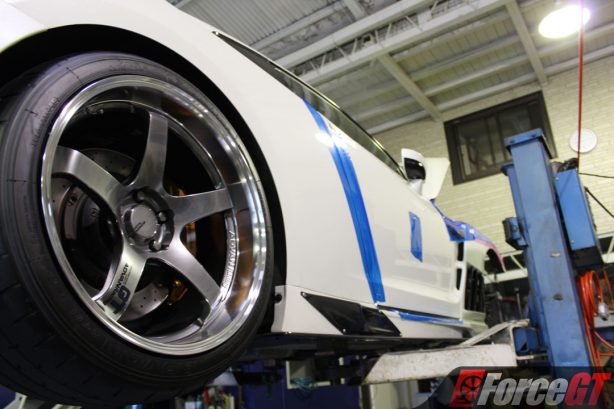 The R34 is the shop’s demo car which looked plenty serious and closer inspection proved that this thing was created for one purpose only, time attack. The entire body had been spot welded for increased strength and the wide body guards housed fat wheels wrapped in 295 semi slicks. Suspension is handled by Ikeya Formula but it was the engine bay that had me most interested, it was completely empty. The manager mentioned that he was rebuilding the RB26 into an RB28 using a stroker kit and mounting a new Garrett T88 high-mount turbo with power expected to reach 800hp (596kW). With this much power you’d expect a pretty serious gearbox to handle it without frequent explosions but not so for this GT-R, the stock unit will continue to be used and abused. When asked if traction is a problem the manager stated that even with this much power, the R34 GT-R could handle it fine. If you ever happen to be at Okayama circuit for a time attack day there’s more than a good chance you’ll be seeing this particular R34 sitting high up on the leader-boards. 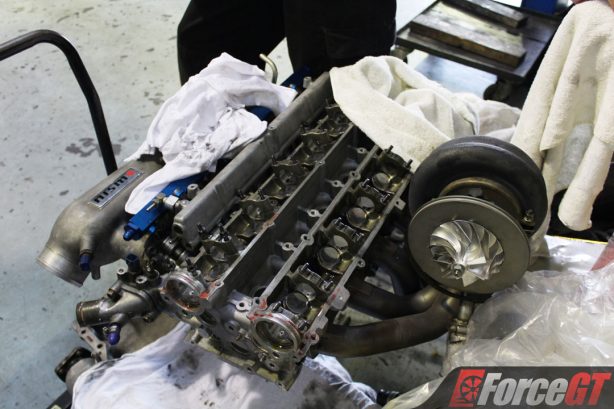 Several other race cars were present, mainly Honda’s with the works but stock motors. These cars are used for an improved production racing series where regulations require near stock engines. The EG and EK Civic out the front of the shop were used to take home the trophy at Suzuka Circuit so there’s no denying Racing Service – Factor know a thing or two about suspension setup. 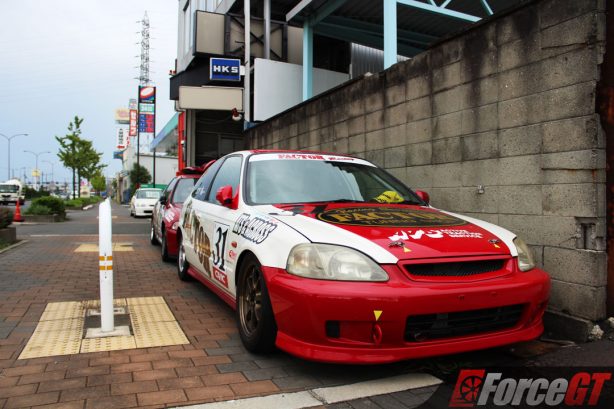 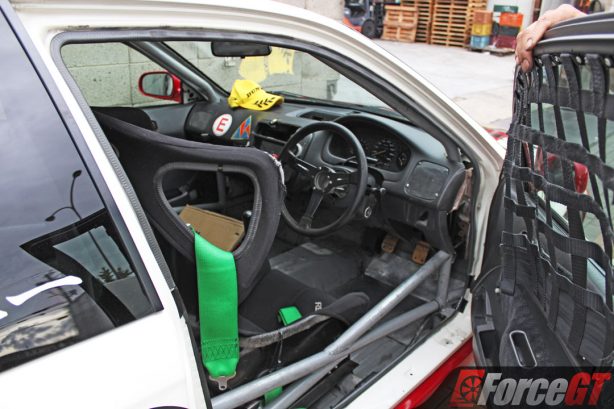 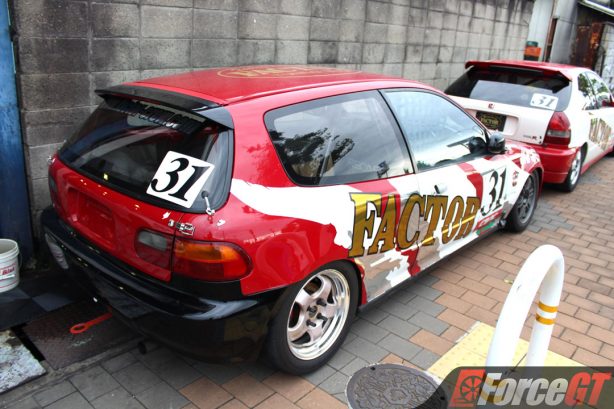 The Nissan Qashqai compact crossover has been updated for 2020, adding comprehensive connectivity and active …