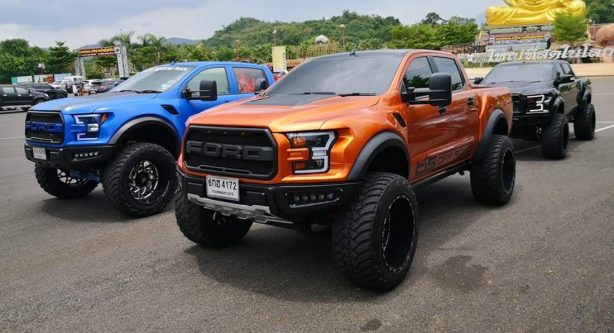 Want your Ford Ranger Raptor to look like the menacing F-150 Raptor? Help is now at hand with TTN Hypersport offering a bespoke bodykit that does just that.

The Thai customisation outfit has created a custom-made bodykit that almost perfectly transforms the Ranger Raptor into a F-150 Raptor look-alike. It starts with a new front fascia consisting of the F-150’s distinctive headlights, a massive front grille that faithfully recreates that of the intimidating pick-up and a replica front bumper. 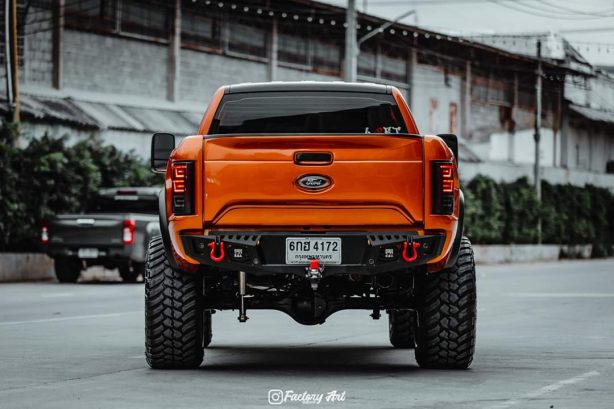 To fix the difference in proportions of the F-150 and the Ford Ranger, TTN Hypersport has created bespoke front and rear wheel arches and quarter panels that radically widen the pick-up truck.

At the other end, the Ranger’s stock taillights have been swapped out for items that mimics its bigger brother, along with a tailgate the closely resembles those on the F-150. 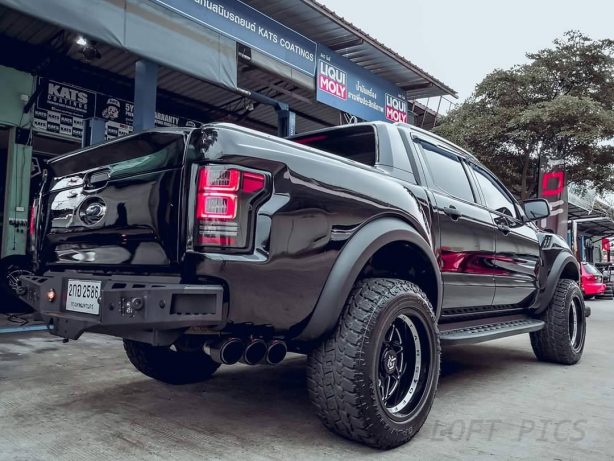 The tuner appears to offer a number of different wheel designs and tyres to suit customers’ tastes, as well as an upgrade suspension system.

If you’re thinking about acquiring the kit, you might have to reach out to the Thai-based tuner, as we are not aware the kit is currently being offered anywhere else.