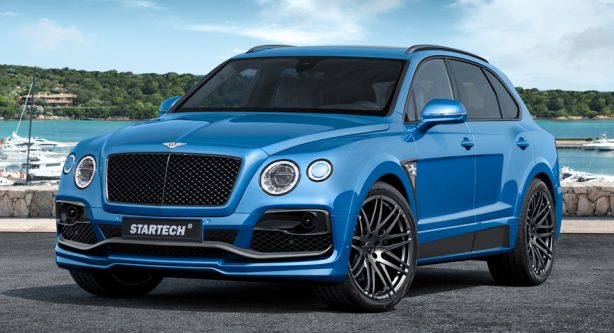 The Bentley Bentayga is already an imposing machine straight out of the factory, but this Startech customisation programme ups the ante even further.

The widebody kit not only brings along pumped up body kits, but also modified door panels to give the big British luxury SUV a broader stance. 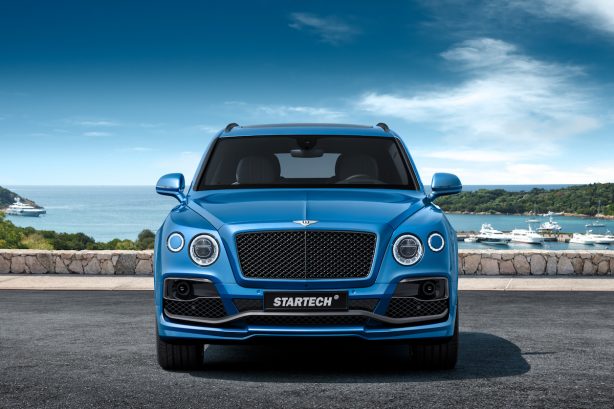 Around the back, the restyled rear bumper incorporates a diffuser and LED rear fog light. Startech, which is a division of Brabus, has also added a subtle rear lip spoiler on the hatch and quad aluminium exhaust tips. 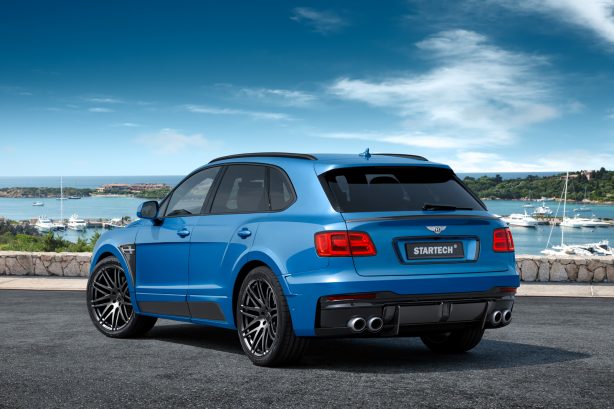 Rounding off the makeover are a choice of wheel options ranging up to 23-inches in diameter and a drop in ride height, thanks to a lowered air suspension system.

The tuner has also said it is working on engine upgrades for the Bentayga’s 6.0-litre twin-turbo W12 engine, in case customers find the 447kW/900Nm to be insufficient.