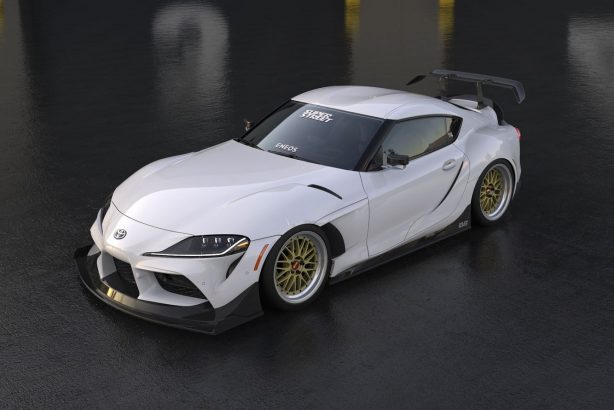 This year’s SEMA is going to be a lot more interesting as it will be first in which a fifth-generation Toyota Supra exists. And that means we’re going to see a galore of modified A90 Supras, just like how its predecessor, the A80 Supra took over the show by storm in the early 90s.

The Supra has always been a darling of the tuning world and with the new model, we can expect the same response from tuners all over the world. Here’s one example from Evasive Motorsports. Bound for SEMA later this year, this widebody Supra is tastefully created, with the kit adding just enough aggression to the already sexy GR Supra.

The widebody kit consists of flared fenders, a massive front splitter, side sills and some spoiler-on-spoiler action in the rear. Dropped on a set of lightweight BBS wheels, the whole thing does look properly racy and mean. 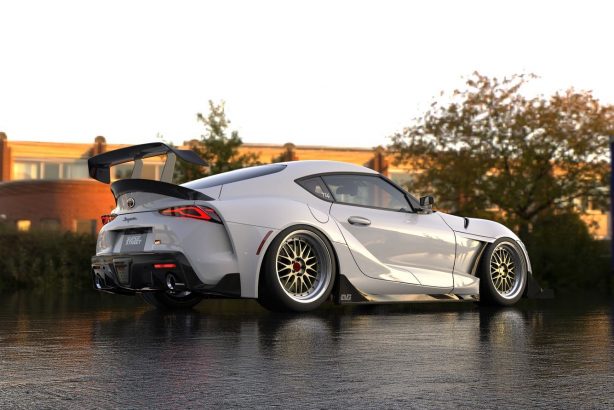 We have no details on what’s been done under the bonnet but expect the BMW-sourced turbocharged 3.0-litre straight-six engine tweaked with goodies to produce more than its factory outputs of 250kW and 500Nm.

This year’s SEMA is slated to kick off on November 5. Stay tuned for more Supra projects from the show. 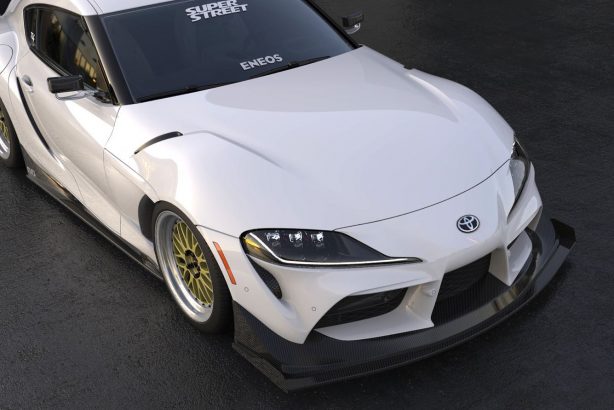