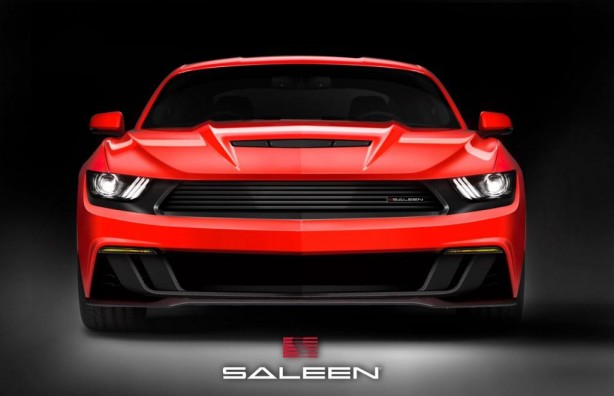 American tuner, Saleen has released a teaser image of their soon to be released 302 Ford Mustang, describing it as “the next American exotic.”

Based on the 2015 Ford Mustang which will arrive in Australia next year, Saleen’s Mustang gets a menacing blacked out front grille and centrally-mounted bonnet scoop. The car’s front bumper has also been redesigned with a larger air intake and a front splitter.

Under the bonnet, we can also expect more powerful engines, thanks to ECU tweaks and optimized airflow. To match the extra grunt, Saleen’s 302 Mustang will get suspension and chassis upgrades to better harness the power.

Stay tuned as more details and images will be released in the coming months.

For the first time in 55 years, Ford is expanding the Mustang family, bringing the …