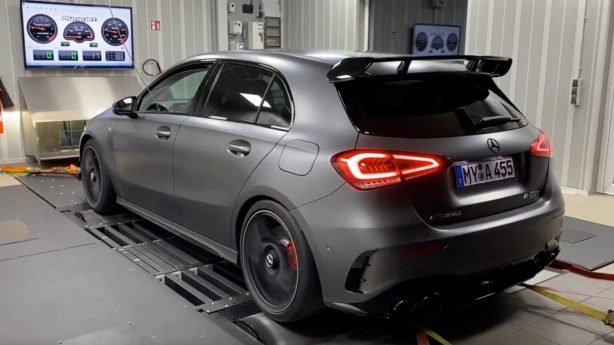 AMG tuning specialist, RENNtech has announced a number of tuning kits that significantly boost the Mercedes-AMG A45’s already potent power output which is set to hit the market in the first quarter of 2020.

While the A45 packs 310kW and 500Nm straight out of the factory, RENNtech’s kits promises to push the output to as high as 442kW.

To get the full shebang, the RENNtech-tuned A45 gets a modified turbocharger, exhaust, and ECU software tweak. The same modifications are done to the ‘softer’ 405kW tune. 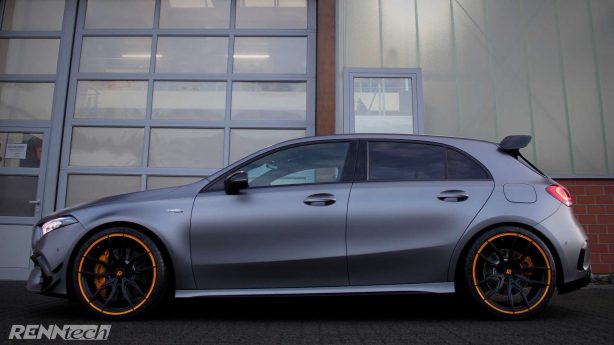 Those not wanting the mechanical changes can opt for the 349kW/575Nm tune that only requires software changes.

No performance numbers have been released but it’s safe to assume the RENNtech-tuned A45 would shave a few tenths off the stock car’s 3.9 seconds century sprint.

To provide what RENNtech call the “blow-off sound”, a modified diverter valve can also be optioned. Those wanting to take it one step further can even option the remote-control Exhaust Valve Module (EVM), which opens the exhaust valve fully in all driving modes. 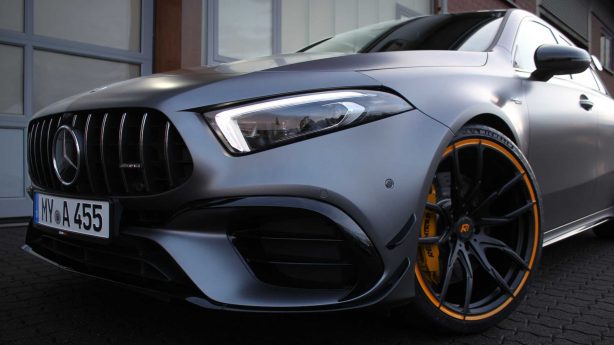 Besides the mechanical upgrades, RENNtech is also offering cosmetic enhancements for the A45 in the form of 19- or 20-inch wheels in cast or forge alloy – the latter designed by RENNtech and made exclusively by renowned US manufacturer Vossen.

The car pictured here is shod with a set of 20” version of RENNtech’s Performance Series RPS 10.2 wheels optioned with painted outer ring and modified springs for a lower stance.