Manhart drops an M4 engine into the BMW M2 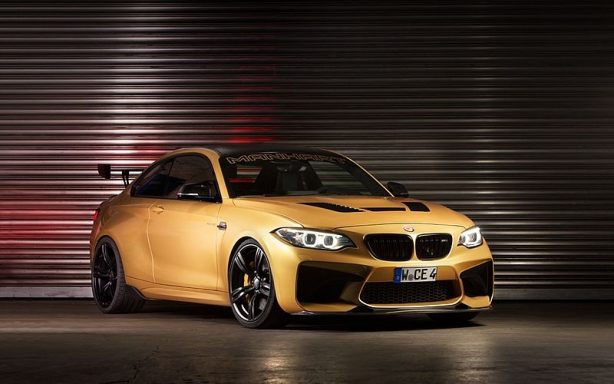 We have seen several tuned BMW M2s now but this one is a bit different. Manhart Performance wasn’t going to mess around with the M2 engine. Instead they went one step further by dropping an M4 engine into the M2.

While having the same displacement and layout – 3.0-litre in-line six cylinders – as the M4, the 272kW/465Nm N55 engine in the M2 makes use of a single twin-scroll turbo as opposed to twin turbos in the M4’s S55. The M4 mill also boasts closed-deck engine block, lightweight crankshaft, strengthened pistons, different valve material and twin fuel pumps, all supported by an active exhaust and revised intercoolers to produce 317kW/ 550Nm. 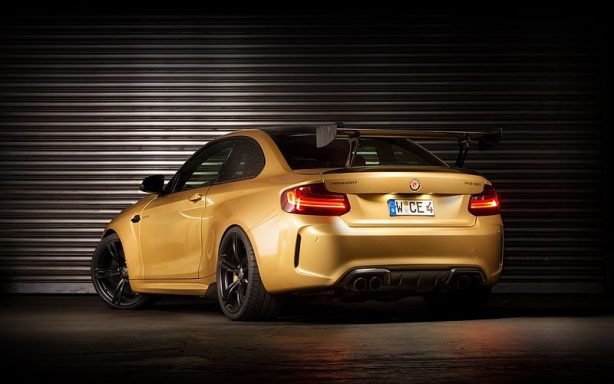 As if the S55-powered M2 isn’t mad enough, Manhart also upgraded the intercooler and turbocharges to larger items. The car now exhales through a Manhart stainless steel sports exhaust.

The power hike is balanced off by a set of KW ClubSport 3 coilover suspension and carbon fibre strut braces front and rear. Stopping performance is improved through larger brakes measuring 380x38mm 6-piston at the front and 370x30mm 4-piston at the rear. The BMW M2 rolls on Manhart Concave ONE 19-inch wheels wrapped in Michelin Cup 2 rubber.

Inside, driver is treated to a custom leather Alcantara interior with gold stitching, Recaro Sportster CS Sport seats and an Awron display.