Taking the NX’s edgy  design and tune it up to eleven, Wald International’s aggressive transformation for the Lexus include a front spoiler, extended wheel arches, side skirts and tailgate-mounted spoiler and restyled rear diffuser. Wrapping up the exterior modification is a set of customised 22-inch alloy wheels in gloss black.

The NX is Lexus’ first entry to the burgeoning premium compact SUV market. Created for “urban and active lifestyles”, the Lexus NX’s futuristic and emotional design is derived from the controversial Lexus LF-NX concept. The bold design shows Lexus recent initiative to attract younger buyers to the brand, starting with the new Lexus IS.

Available from today, the new SUV has been launched with the NX 300h hybrid model, with a four-cylinder turbo in the form of the NX 200t joining the range in early 2015. 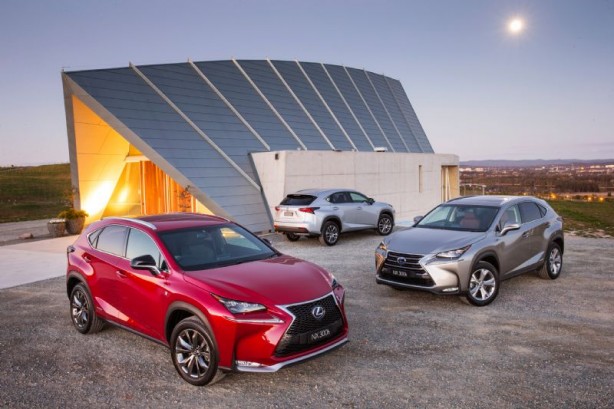