Lamborghini Aventador given the gold treatment 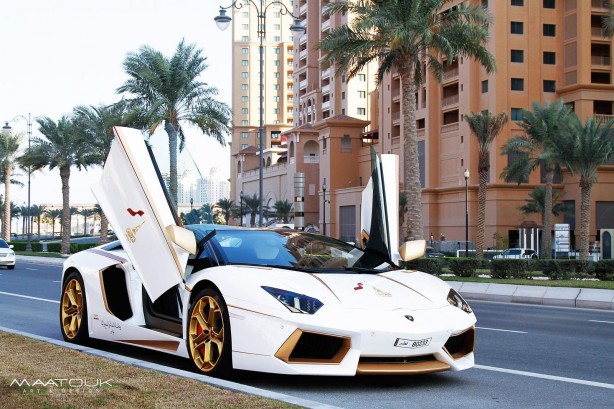 The Lamborghini Aventador LP700-4 has been given the gold treatment by Maatouk Design London.

While many such applications usually destroy any shed of class on a vehicle, the restraint use of the precious metal on the Aventador is rather tasteful. The supercar, which belongs to a Qatari businessman, was modified to mark the national day in the Middle Eastern kingdom. 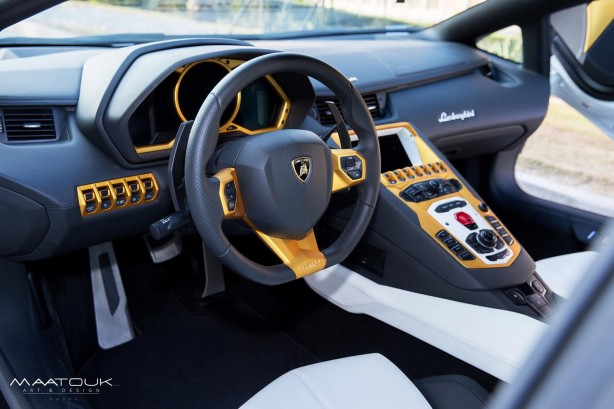 Gold was used to adorn the wheels, front splitters, air vents surrounds, logos, along with other minor elements of the exterior, while the cabin’s central tunnel, door sills, steering wheel, control panel and area around the Aventador’s door handles were also decorated in gold. 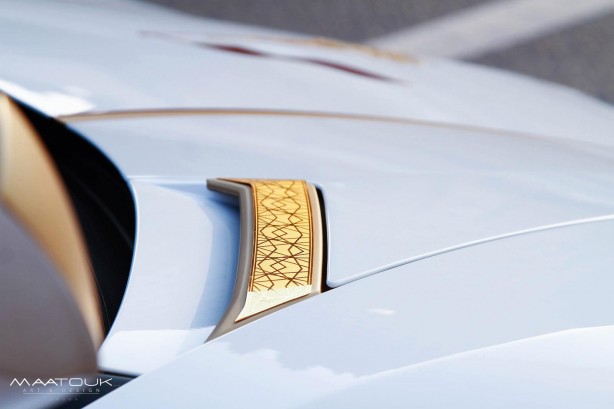 While no pricing has been released by Maatouk Design London, it is safe to assume it won’t be cheap!