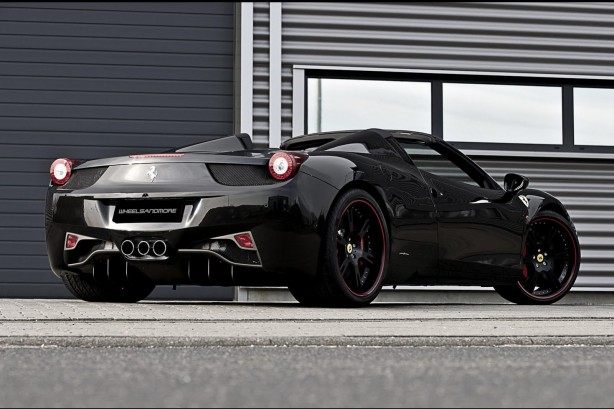 German tuning outfit, Wheelsandmore, has given a subtle make over to Ferrari’s latest 458 Italia Spyder, itself one of the best looking supercars today.

The tuning package, called “Perfetto” – Italian for perfect, employs lashings of carbon-fibre parts to not only lift visual enhancements, but also shave 30kg or 66 pounds of the 458 Italia Spyder’s weight.

The rear diffuser, fuel cap, rear fog lamp surround, mirrors and spoiler fins are all made of carbon-fibre. Inside, the same lightweight material is used. They can also be found in the boot and engine compartments.

If you ask nicely, Wheelsandmore will also replace the wheel housings and the entire under-floor with the special carbon-fibre parts. 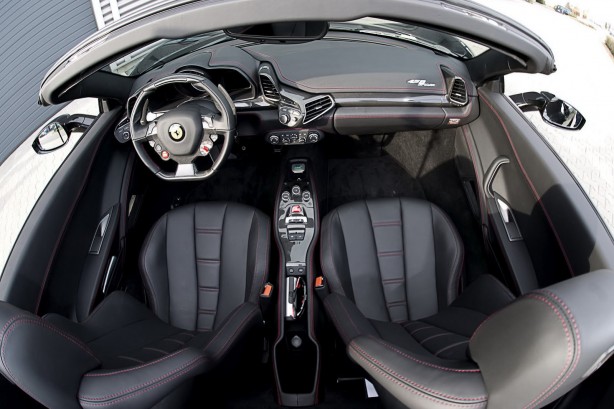 The striking black Italia rides on massive 21-inch forged rims wrapped in 245/35 Hankook S1Evo tyres on the front and 345/25 on the rear.

The engine’s manifolds and valve-controlled sports exhaust system have been upgraded as well. Together with an updated engine software and carbon-airbox, Wheelsandmore lifts the V8 engine’s output from 562hp (570PS/419kW) and 539Nm (398 lb-ft) of torque to 638hp (647PS/476kW) and 635Nm of torque.

No pricing has been released yet from Wheelsandmore for its new programme.