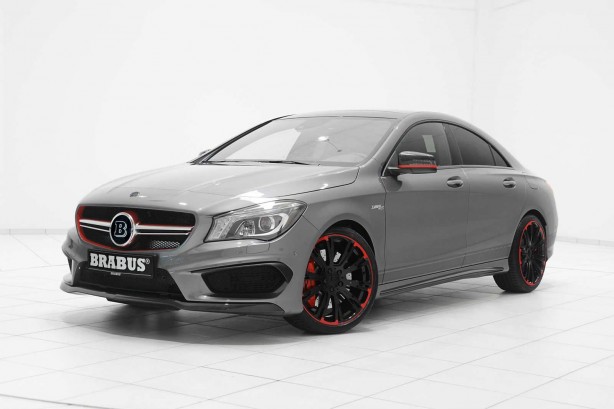 Brabus has waved their magic wand over the Mercedes-Benz CLA45 AMG. In its standard form, the CLA45 AMG shares its 2.0-litre turbocharged four-cylinder AMG mill with the ballistic A45 AMG, churning out 265kW (360hp) and 450Nm (332 lb-ft) directed at all four wheels. 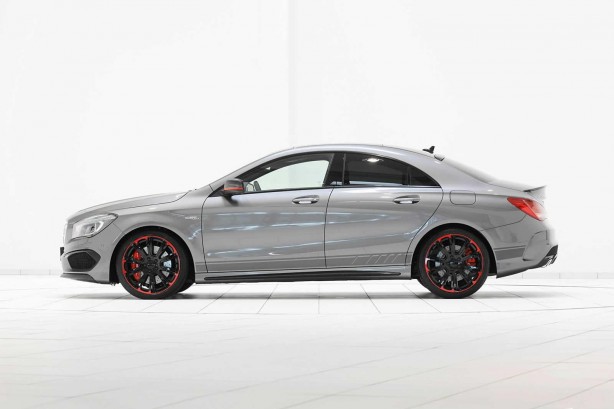 As expected, the folks at Brabus thinks it is insufficient and produced their own tuning programme that boosts power 294kW and 500Nm. As the result, it will reach 100km/h after taking off in 4.2 seconds, down from 4.4 seconds. 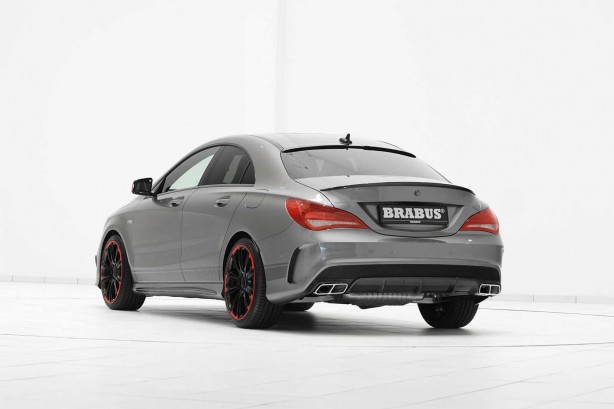 Aesthetically, Brabus has peppered the car with lashings of red accents and thrown in a rear lip spoiler as well as a roof-mounted spoiler. A range of alloy wheels are also available. Inside, the interior is wrapped in Alcantara for the motorsport look.