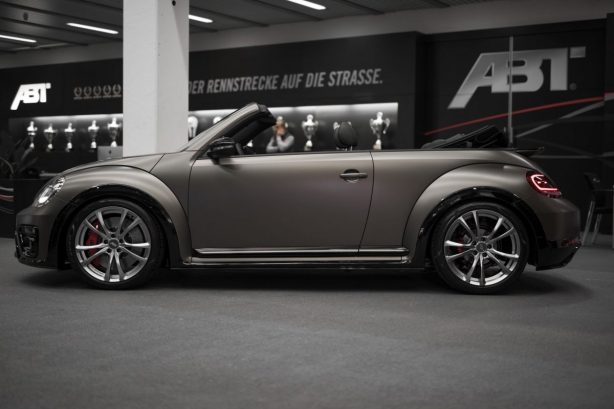 It isn’t often a tuner shows an interest in the Volkswagen Beetle but that’s exactly what Volkswagen/Audi tuner, ABT has done by turning this Beetle into something worthy of a GTI badge.

The tuned Beetle pumps out a stout 213kW and 430Nm of torque from its 2.0- litre TSI engine, more than what you get from the Golf R hot hatch. While the tuner hasn’t release performance details, it is save to assume it will shave a few tenths off the coupe’s 0-100km/h dash time. 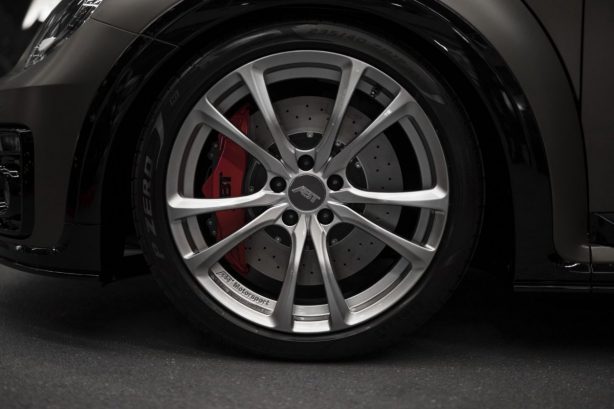 The uprated power is accompanied by a set of sports six-piston brake calipers measuring 370x35mm ventilated discs up front, along with new suspension springs that drop the car closer to the ground.

ABT has also enhanced the Beetle’s street cred with a striking bronze bodywrap and handsome 19-inch five double-spoke alloy wheels that can be had in an optional silver-bullet finish as shown here instead of the standard gun-metal or matte black finish. 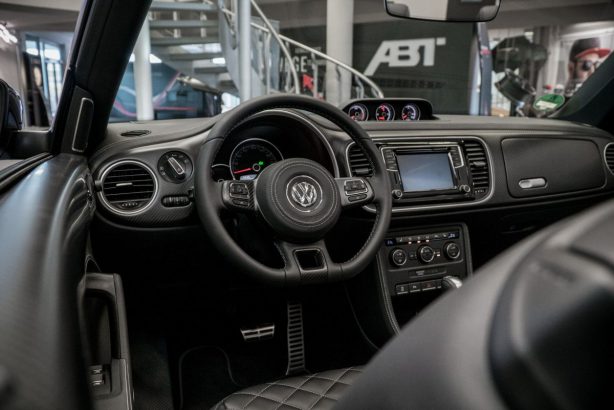 Inside, the interior has been jazzed up with acres of leather with contrasting stitching that cover everything from the dashboard to the quilted seats. ABT has also covered all black plastic panels with real carbon fibre trims.

We think ABT has done a great job with the Beetle. What do you think? Tell us in the comments below.