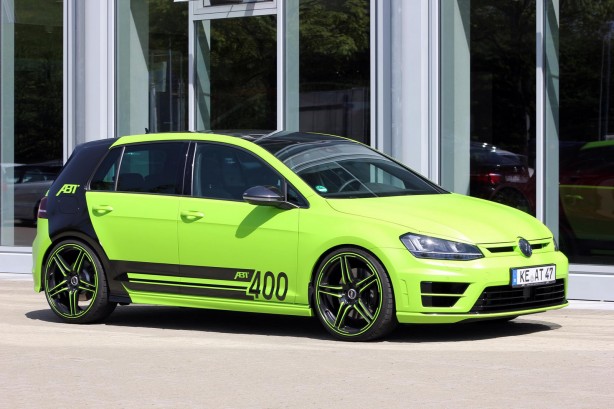 If you can’t wait to get your hands on the upcoming Volkswagen Golf R 400, then look no further than Volkswagen Group tuner, ABT Sportsline. 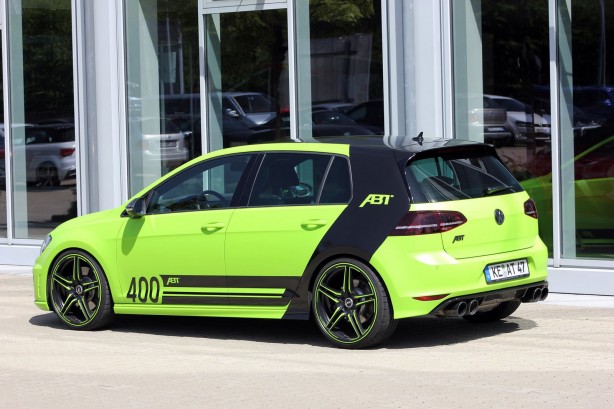 The tuner has brought a heavily modified Golf R to the 2015 Wörthersee GTI gathering in Austria. Called the ABT 400, the custom Golf R sports a striking two-tone lime green wrap applied over black paint and rides on colour matching 20-inch ABT-FR wheels. It also has an ABT front grille, headlight “brow” and four chrome-plated exhaust tips measuring 102mm each. 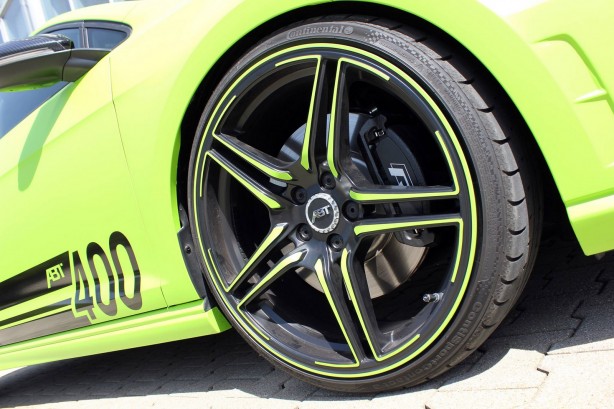 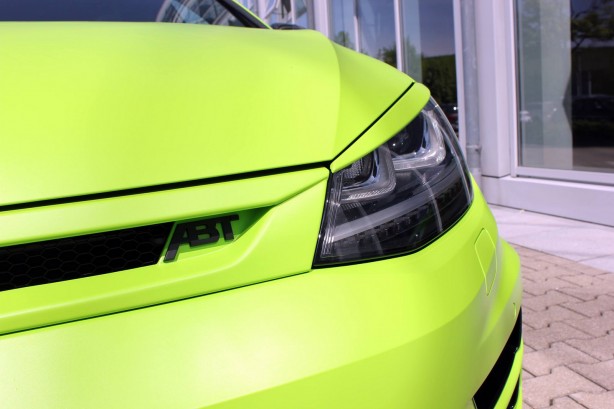 ABT hasn’t release many details on the car’s performance tweaks, except the engine has been boosted to 400PS (hence its name) or 294kW and 480Nm of torque – 88kW (100PS) and 100Nm more than the Australian market Golf R.

Just to recap, Volkswagen has reportedly said the production Golf R 400 will put out as much as 309kW (420PS), slightly more than ABT’s 400.