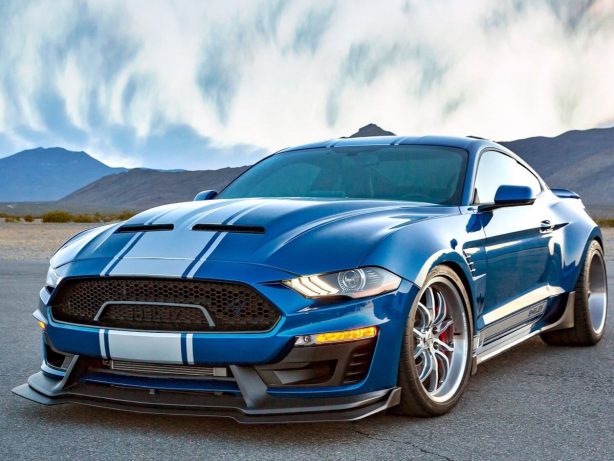 Blue oval fans – meet the latest, fastest Mustang for you to yearn after. The 2018 Ford Shelby Super Snake has been officially revealed in the United States, and it sure has a lot of bite to it.

Producing a nutty 597kW – that’s 800 horses in old money – from its supercharged 5.0-litre V8 in its most potent state of tune, the Super Snake will be good for 0-100km/h in a mere 3.5 seconds. A slightly less extravagant 529kW version is also available, although you could take a well-educated guess as to which will likely be the more popular option.

It’s not just extra power being added under the skin, as to keep itself sorted, Shelby has fitted a new suspension setup, Brembo brakes with six-piston front calipers and four-piston rears, and performance drive shafts. 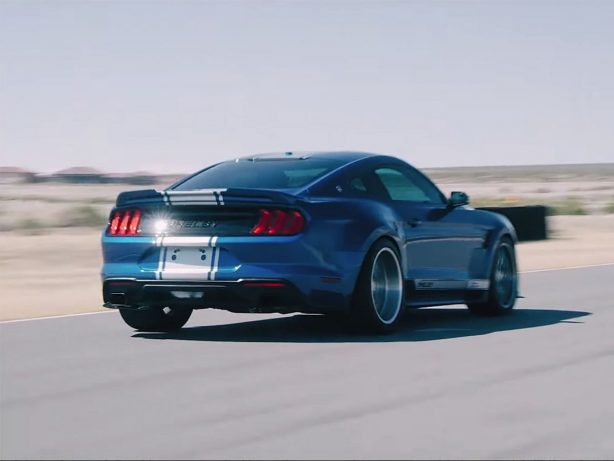 It looks the business too, with a tough new look courtesy of different bumpers and diffusers, side skirts, a raised bonnet, and add-on rear spoiler, while a wide-body kit and 20-inch forged wheels give it an imposing stance.

Including the cost of a donor car to which Shelby will apply these extensive modifications, pricing starts from US$113,445 – just over $A148,600 – making this one for the more well-heeled fans of American muscle.

Don’t think you’ll be able to fake one for less either, as each of the limited models will be branded with a unique serial number and documented in the Official Shelby Registry. 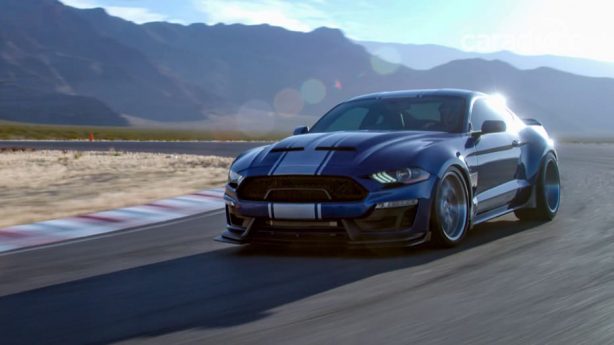