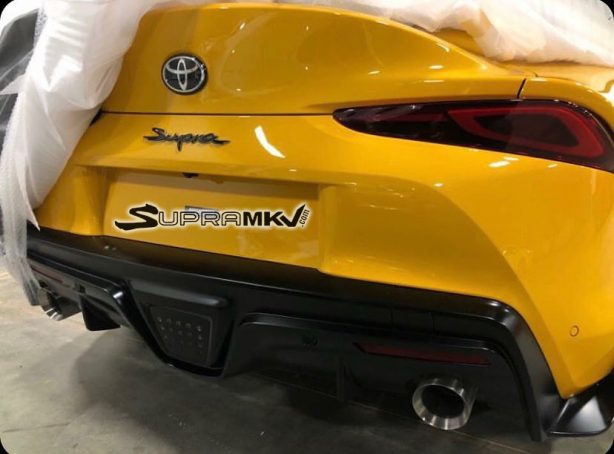 It was just two weeks ago when the next-gen Toyota Supra had its front-end design leaked online thanks to a spy photo, now the rear of the much anticipated sports car has been revealed as well, thanks again to the wonderful work of spy photographers.

With the cover partially peeled back, we see for the first time the production car’s curvy rump, which, not surprisingly, draws heavily from the FT-1 concept on which the new supra is based.

As expected for a production car though, the design has been toned down, with the exhaust outlets conventionally moved to the rear diffuser as opposed to penetrating the rear bumper like those found in the concept car.

It also appears that the rear vents beneath the taillights have been removed, though the retractable rear spoiler looks to have made it to the production line. 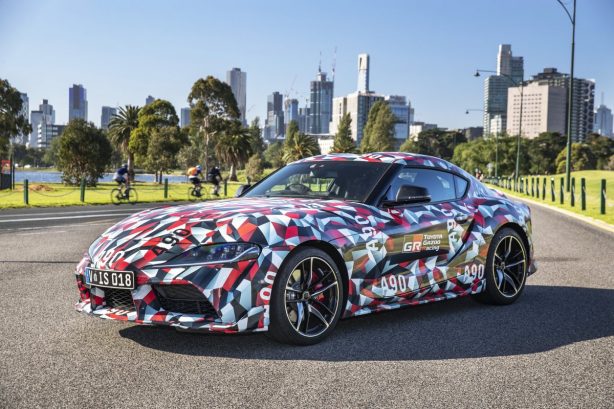 The new Supra is slated to make its official global debut at the Detroit Auto Show in January next year. 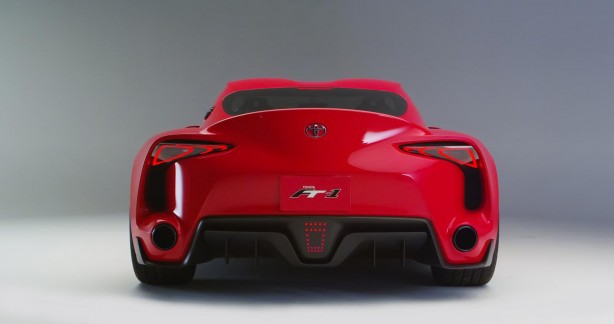