Ford signs off with a teaser of 2018 Ford Focus 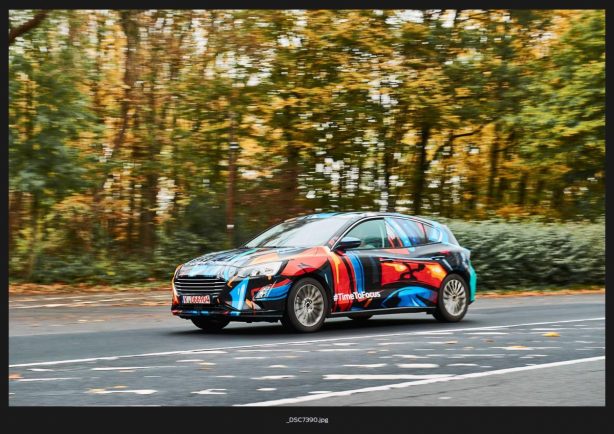 Ford has released a teaser image of its next-generation, 2018 Ford Focus as a festive sign-off along with the company’s Christmas message “Snowkarma: Naughty or Nice”.

The new Ford Focus is expected to hit the global stage in the later part of 2018 and while the colourfully camouflage prototype does not give much away in terms of details, the new model appears to continue the Focus’ evolutionary design.

Meanwhile, the ‘Snowkarma’ short film stars a toy Ford Fiesta WRC car driven by tiny superstar, Mental Block. It is the first time a video in the series has been interactive, with viewers able to pick different paths and create a unique passage to the finish. At the end, they find out if their choices have put them on Santa’s naughty or nice list.