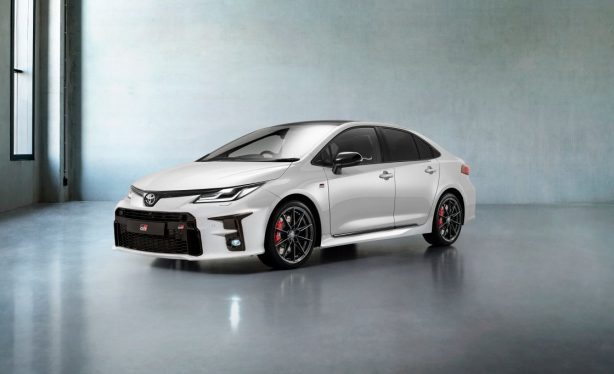 With the trademark registration application for the GR Corolla name filed by Toyota in Australia earlier this year, a hot Toyota Corolla hatch is all but confirmed. Toyota’s go-fast division, Gazoo Racing, is aggressively transforming the company’s vanilla models into pocket rockets, with the most recent rollout being the ballistic Toyota GR-4 Yaris.

While we have yet to officially see any momentum from Toyota in this space, automotive renderer Kleber Silva from Behance has taken the first step and given us a superb rendering of a possible GR Corolla sedan. It literally looks production ready. 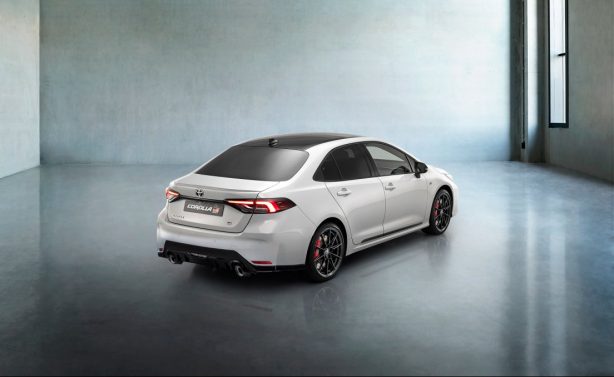 The front bumper with its large intake is aggressive, blending into the muscular front fascia for a properly menacing look. The side skirts are prominent but overdone, while the multi-spoke wheels in gun-metal grey look the business. The rear gains a subtle boot lid spoiler, complimented by a deep rear diffuser in the bumper. Dual exhaust tips and blacked out roof and side mirrors further spell out its sporting potential.

It’s certainly a solid effort and we do hope to see the GR Corolla sedan materialised. And if it does, expect the GR Corolla sedan (and hatch) to share the drivetrain of the GR Yaris production model, adopting its 1.6-litre in-line three-cylinder turbocharged engine that pumps out 192kW of power. It will likely also to feature the GR Yaris’ all-wheel drive system which is paired with a 6-speed manual transmission and Torsen Limited Slip Differential at the front axle. The sprint from 0 to 100km/h is expected to be around the 5.5-second mark.