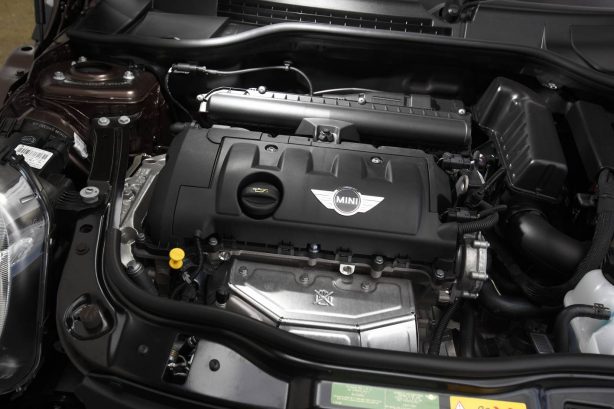 To us here at ForceGT and many of our readers, a car is more than an A to B mode of transport.  They have soul and character. They bring joy to us on those weekend country runs. However, to the majority of the car buying masses, it’s a different story.

Cars are complex machines made out of thousands of parts, and sometimes, those parts are bound to fail, some more than others no matter how well owners look after them. And there is nothing worst than engine failures.

According to UK’s Warranty Direct, a leading provider of extended vehicle warranty, engine failures are the biggest fear for any motorist as they are the ones that can lead to the most astronomical costs.

A study done by the company of 50,000 live consumer policies revealed some interesting facts. The bottom of the heap consists of mostly European manufacturers, and more tellingly, two of the three most unreliable engines come from premium manufacturers.

Taking the third spot on the ‘worst’ reliability ladder is BMW’s MINI, with 1 in 40 vehicles having engine issues, while BMW itself claims the 7th spot. Volkswagen’s Audi takes the 2nd spot, with 1 in 27 owners reporting engine troubles, while VW itself is the 9th worst.

The wooden spoon goes to the now out of business MG Rover, with 1 in 13 owners making a claim on engine troubles. The only Japanese manufacturer to make the Top 10 of most unreliable engine in the UK is Mitsubishi, taking out the 10th spot.

When it comes to the cost of engine repairs, a Range Rover Vogue with an engine failure recently costs the insurer £12,998.46 – the highest claim ever.

On the other side of the continuum, Honda takes the Gold medal with just 1 in 344 failures reported, while Toyota comes second with 1 in 171. German premium manufacturer, Mercedes-Benz rounds up the top three with 1 in 119 engine issues. 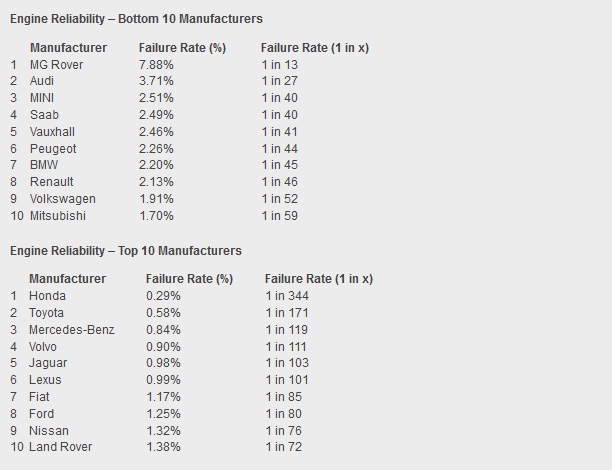