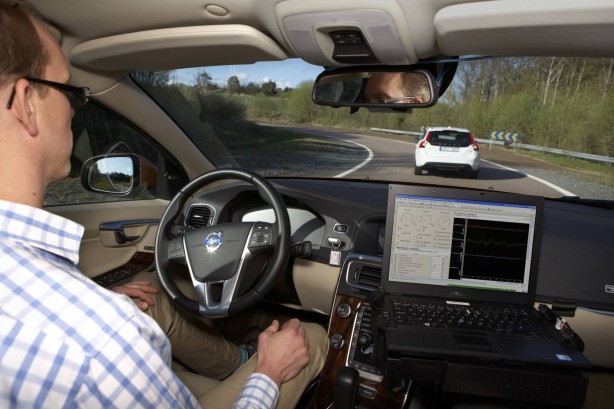 Volvo is gearing up for the first on-road driverless car testing in the Southern Hemisphere this weekend in Adelaide.

The Volvo XC90 autonomous vehicle was unveiled today in Adelaide’s Riverbank Precinct as the company prepares for the test as part of the Australian Driverless Vehicle Initiative.

“Our Government is providing the conditions for these trials to occur in South Australia because we recognise the immense benefits that autonomous vehicles and intelligent transport systems will bring to our communities,” Mr Mullighan said.

“We are committed to providing the right laws to allow for testing of autonomous vehicles in our state to ensure that this weekend’s Australian Driverless Vehicle Initiative demonstrations are the first of many.

“By making South Australian an attractive destination for global firms to test, develop and trial their technology on Australian roads we are telling the world that South Australia is open for business.”

ARRB Group Managing Director, Gerard Waldron whose company is coordinating the event, said the organisation was proud to spearhead the Australian Driverless Vehicles Initiative, drawing on over 55 years of experience working with industry, government and academic partners from Australia and around the world to deliver this motoring milestone.

“Our key experts have been integral in assisting the SA Government to translate its vision of seeing Driverless Vehicle Technology into reality, and this week’s demonstration is a major and critical turning point for the entire nation,” Mr Waldron said.

Volvo Car Australia Managing Director Kevin McCann said as an innovator and a leader in technology Volvo Cars was proud to be partnered with ADVI in this significant initiative.

“Autonomous Drive technology is already available in many cars in the Australian market,” he said.

“It is important that collectively as an industry we strive to educate the public regarding this development and importantly encourage government to make the necessary regulatory changes to facilitate the introduction of autonomous drive vehicles to Australian roads.

“For Volvo Cars Autonomous driving is a natural evolve from years of leadership in development of safety technology.”

Mr Mullighan said the government had legislation before Parliament to allow for future trials of autonomous vehicles on South Australian roads.

He said the government was also encouraging the industry locally with initiatives such as the International Driverless Cars Conference – another first for the Southern Hemisphere – which begins tomorrow.

The Southern Expressway will be closed for the trials in both directions between Sherriffs Road at Lonsdale and Main South Road at Old Noarlunga on Saturday from 6am to 1pm.

The public is encouraged view the driverless car demonstration via Telstra’s online feed at http://cto.telstra.com/advi/