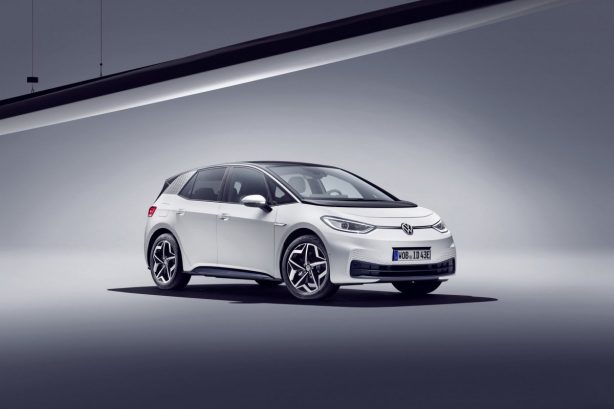 Volkswagen has taken the wraps off its first dedicated electric vehicle at the Frankfurt Motor Show, the new VW ID.3.

Said to be one of the most significant model the company has ever launched since the original Beetle, the ID.3 is the first model to be built on Volkswagen’s new modular MEB platform devoted specifically for electric vehicles.

At launch, the ID.3 will be offered in three battery configurations: 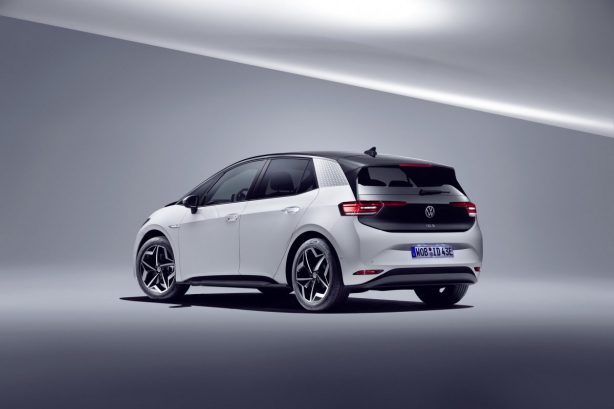 The base model is compatible with a charging rate of 50kW, with 100kW offered as an option, while the mid-range model comes standard with the 100kW charging rate that promises 250km of driving range in 30 minutes. The range-topper can be charged at 125kW

Power comes from a rear-mounted 150kW electric motor driving the rear wheels for the mid- and top-spec models, while the base model gets an 110kW electric motor. Torque is rated at 310Nm for both.

Size wise, the ID.3 has almost the same footprint as the current Golf but sits on a 145mm longer wheelbase, measuring 2,765mm. Boot space is rated at 380 litres. 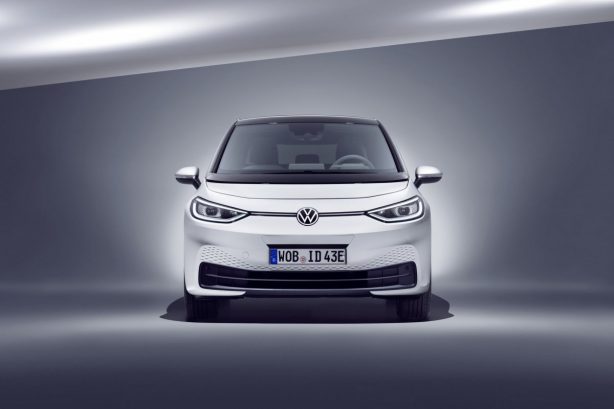 Thanks to the extra long wheelbase, Volkswagen has been able to do much more with the interior, which it claims to be the new golden standard in the compact class.

As expected, the interior is futuristic and highlighted by a newly developed 10-inch touchscreen display that supports over-the-air updates, while the driver gets a digital instrument cluster.

All the systems are controlled via the touchscreen with only the electric windows and hazard warning lights being operated by traditional buttons. Even the steering wheel controls are touch panels. Volkswagen has also introduced its “Hello ID” voice control for the model. 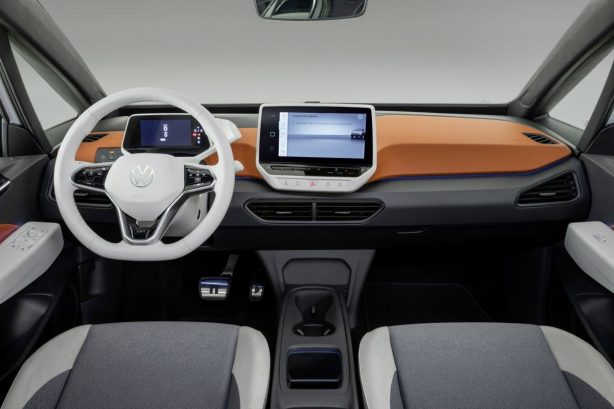 The first model to roll of the assembly line is the ID.3 1st Edition which is offered with the mid-level 50kWh battery pack only. It features sat-nav, DAB+ digital radio, heated steering wheel and seats, front armrests, a Mode 2 charging cable and 18-inch alloy wheels.

Those wanting extra goodies will have to step up to the 1st Plus and 1st Max models, with the former gaining a rear view camera, Adaptive Cruise Control, keyless entry and start, two USB-C connection, Matrix LED headlights, Matrix side lights, brake lights, turn signals and taillights, and 19-inch wheels.