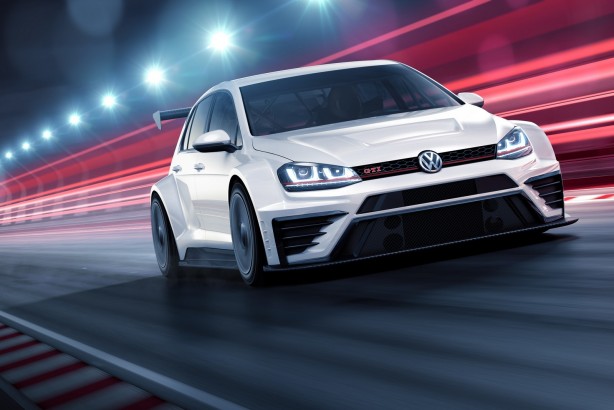 Volkswagen has taken the wraps off the new Golf GTI TCR, created to celebrate the 40th anniversary of the famous hot hatch.

Developed in collaboration with SEAT and Volkswagen Motorsport, the new model will unfortunately, not be making its way to your nearest VW showroom, as it is designed as a customer race car to compete in the TCR International Series.

“The Golf GTI TCR allows customer racing teams to partake in reasonably-priced motorsport with a Volkswagen. We are providing them with a car that is ideally suited and prepared for this purpose: the Golf has not only made an outstanding impression at tests, but also shown its great potential in competition,” said Volkswagen Motorsport Director, Jost Capito. 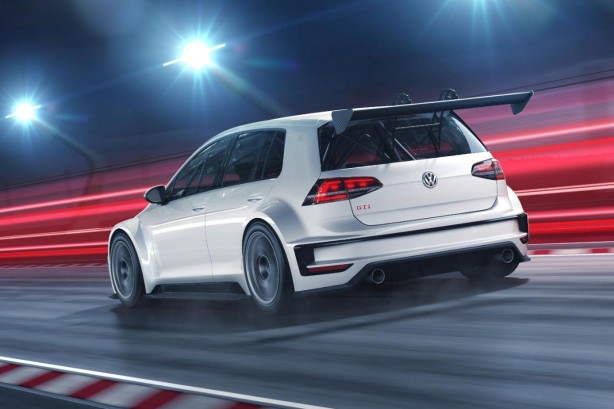 It comes complete with a wide body kit with extended wheel arches joint by chunky side sills. The car’s aggressive front bumper is also all-new, while the rear bumper is equally assertive.

Given the Golf GTI TCR’s racer DNA, a number of aerodynamic styling tweaks have been added, including a carbon fibre front splitter and massive carbon fibre rear wing. It rolls on 18-inch racing wheels shod in Michelin tyres.

The hot hatch’s chassis has also been upgraded with an adjustable suspension, a revised steering system and a set of high-performance disc brakes measuring 360mm at the front and 310mm at the rear. 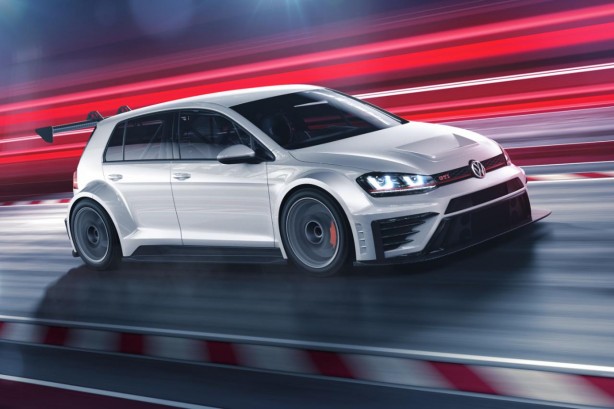 While no photos of the car’s interior have been released, Volkswagen confirmed the Golf GTI TCR is equipped with a roll cage and racing seats with head protectors.

Underneath the vented bonnet is a 2.0-litre turbocharged four-cylinder engine that churns out 243kW of power and 410Nm of torque. It is paired with a six-speed sequential racing transmission with steering wheel mounted paddle shifters. According to VW, the racer will dash from 0-100km/h in approximately 5.2 seconds en route to a top speed of 230km/h.

Volkswagen says it will only built 20 of the Golf GTI TCRs this year and all models have already been sold.