Volkswagen has released a teaser sketch of the Mk8 Golf GTI’s front end ahead of its confirmed world premiere at the Geneva Motor Show in March.

One of the most popular models of the range, the new Golf GTI continues to feature its almost heritage listed design cues like the red stripe that runs across the front grille, as well as the tartan seats inside.

They are complimented by a new front bumper with characteristic LED fog lights and an optional light bar that runs across the entire width of the Golf GTI’s front fascia.

While the hot hatch’s technical details are still under wraps, according to leaks, we can expect the new model to use an updated version of the current-generation’s 2.0-litre TSI engine generating 180kW in entry-level spec, and 214kW in range-topping Clubsport or TCR trim.

The engine is connected to a six-speed manual as standard, while a seven-speed DSG will be offered as an option – at least on base models. 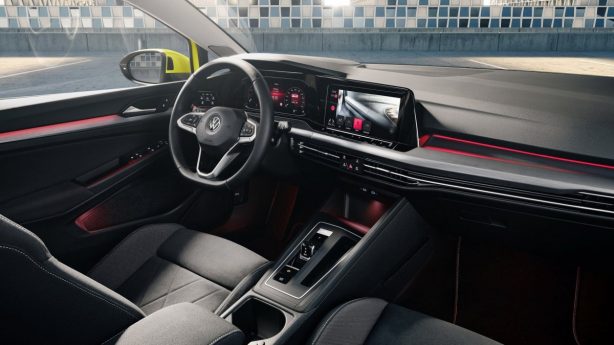 Inside, the new Golf GTI will boast a 10.25-inch digital instrument cluster along with a 10-inch intotainment screen. For the first time on a Golf, VW’s semi-autonomous Travel Assist system will also make its debut.