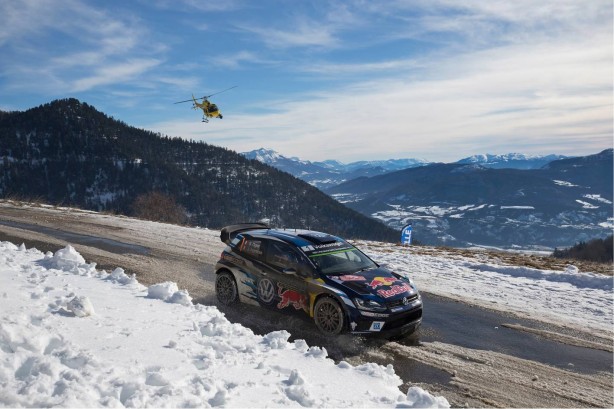 The one-two at the “Monte”, the third in a row for driver, co-driver and team – Sébastien Ogier/Julien Ingrassia (F/F). Their team-mates Andreas Mikkelsen/Anders Jæger (N/N) finished runner-up to complete a Volkswagen one-two and round off a dream start to the 2016 FIA World Rally Championship (WRC). The latest victory marked the 35th triumph in 40 rallies for the Polo R WRC the 33rd career win for Ogier/Ingrassia, while Mikkelsen racked up his 15th podium finish. Furthermore, Mikkelsen’s new co-driver Anders Jæger crowned his debut in the top category of the World Rally Championship with his first podium.

The 234kW (318hp) Polo R WRC joins the Porsche 911, Lancia Stratos, Lancia Delta, Mitsubishi Lancer and Citroën Xsara as the sixth model of car with three “Monte” wins in a row to its name. With 35 victories from 40 rallies, the Polo R WRC is also the most successful car in rally history, thanks to an impressive win ratio of 87.5 per cent.

And the 2016 rally lived up to its reputation as perpetually unpredictable. With 16 special stages and 377.59 kilometres against the clock, the drivers had to get the tyre selection just right.

The “ice spy” for winner Sébastien Ogier was Simon Jean Joseph, Andreas Mikkelsen was given valuable advice by Bernt Kollevold, and Jari-Matti Latvala was able to call on Toni Gardemeister for assistance. Their information helped the Volkswagen drivers make intelligent decisions – none more so than Andreas Mikkelsen, who was the only driver to take more spiked tyres with him on Saturday and gained time on his rivals as a result. 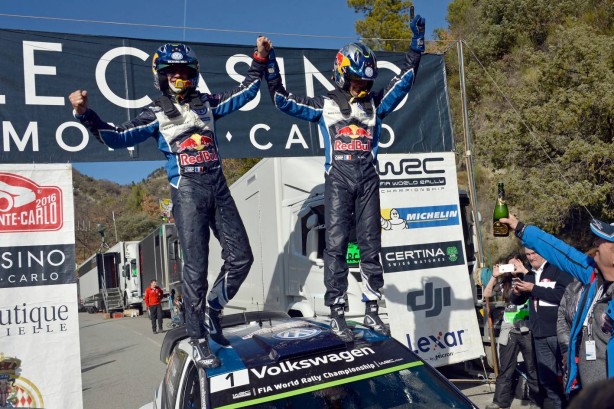 The Power Stage, on which bonus points are awarded to the fastest three drivers and co-drivers, has always been Volkswagen’s playground. The Rally Monte Carlo saw Sébastien Ogier/Julien Ingrassia win this special stage for the 26th time, adding points 151 to 153 to Volkswagen’s account. Andreas Mikkelsen finished third to add point number 154.

For Jari-Matti Latvala/Miikka Anttila (FIN/FIN), the Rally Monte Carlo came to a disappointing end on Saturday. The duo came off the road on stage eleven, skidding into a ditch and out into a field on the other side. In the process, light impact was made with a spectator, who was thankfully unhurt. Damage to the car resulted in Latvala/Anttila arriving late at the checkpoint ahead of the following special stage, bringing their rally to a premature end. The Finnish duo was subsequently fined for not stopping at the scene of the incident, as stipulated in the regulations. The stewards also handed Latvala/Anttila a suspended sentence, which will only come into effect should they be found guilty of another breach of regulations. Driver, co-driver and team have accepted the penalty.