Volkswagen Polo R to be unveiled at 2013 Geneva Motor Show 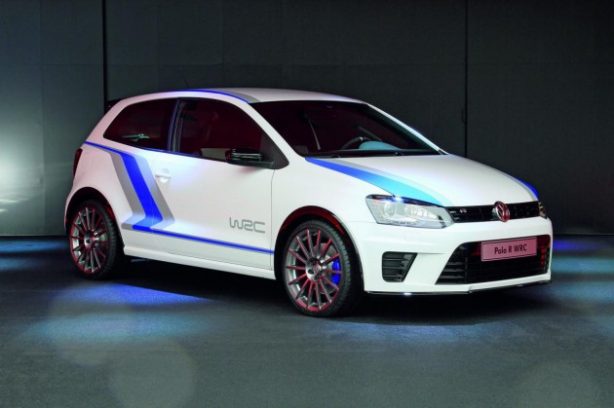 Volkswagen will unveil the fastest ever Polo the company has ever produced, the Volkswagen Polo R, at the 2013 Geneva Motor Show next March.

Volkswagen head of research, Ulrich Hackenberg, recently confirmed the new model will bow in at next year’s Geneva show. Styling of the Polo R will be heavily inspired by the WRC Street concept pictured above, that means a more aggressive body kit.

Like the Golf R, the Polo R is expected to feature all-wheel drive with power coming from a tuned 2.0-litre turbocharged TSI engine borrowed from the Golf GTI. It will produce around 168kW (225hp/228PS), enough to launch the little hot-hatch from 0-100km/h in no more than 6.0 seconds. The 134kW (180hp/182PS) Polo GTI completes the task in 6.5 seconds, similar to the Golf GTI.

The Polo R almost didn’t make it to production, but with Volkswagen’s participation in the World Rally Championship next year using the Polo, it makes sense to produce a road car with the parts already engineered for the rally car.