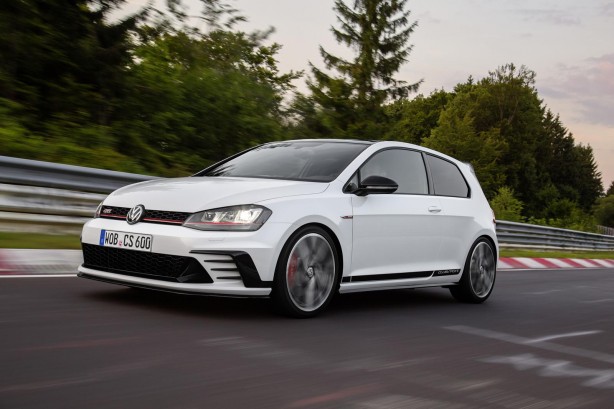 Volkswagen has taken the wraps off the Volkswagen Golf GTI Clubsport. First made its debut as a concept in May this year to celebrate the Golf GTI’s 40th birthday, the Clubsport has transition into a production model with minimal changes. 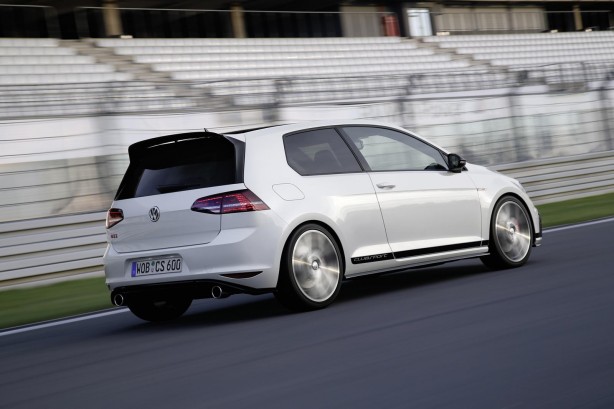 Crucially, the new Clubsport packs an additional 26kW of power from its 2.0-litre turbocharged four-cylinder engine compared to the Golf GTI Performance, dishing out 195kW. Additionally, there’s an overboost function, which for around 10 seconds, boosts the total output to more than 213kW – more than even the range-topping Golf R’s 206kW.

Power continues to be transferred to the front wheels via a standard 6-speed manual, or an optional 6-speed DSG. When mated to the manual transmission, the Clubsport will sprint to 100km/h from a standstill in 6 seconds, while the DSG shaves a further 0.1 seconds off. Top speed is limited to 250km/h. Fuel consumption is rated at 6.9L/100km for the manual and 6.7L/100 for the DSG variant. 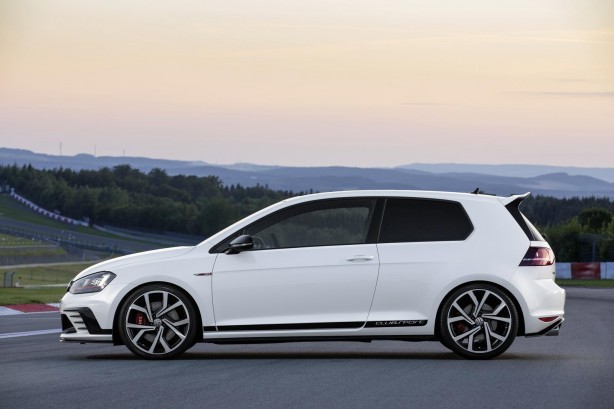 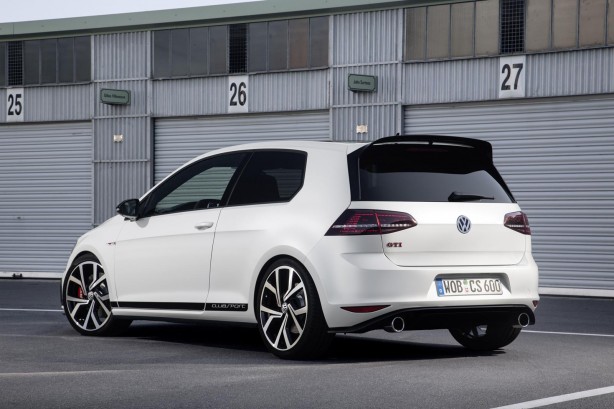 It is painted in “Oryx White” (other colours available), with the roof in contrasting black. The redesigned, chrome-plated twin tailpipes have been integrated in the diffuser, while its diameter is much larger than the regular Golf GTI models. Rounding out the exterior makeover are a set of LED taillights finished in dark black-red.

The interior features iconic details that are essential for every GTI, including folding racing buckets seats covered in Alcantara featuring a honeycomb pattern on the backrests and seat cushions, a golf-ball-shaped shifter knob and black headliner. 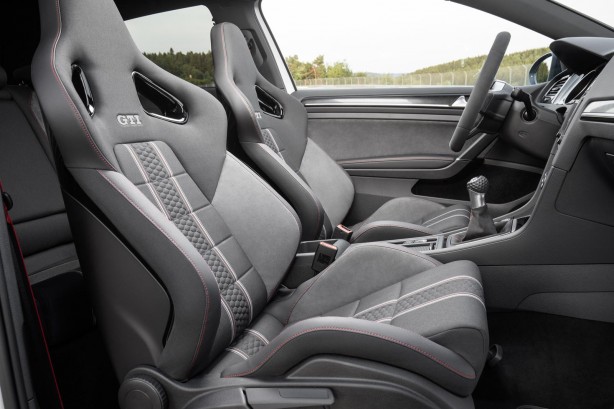 The Clubsport’s seat belts get a red line, while new trim strips in “Honeycomb 40” design on the instrument panel, centre console and doors give the interior an even more exclusive appearance.

The Volkswagen Golf GTI Clubsport will make its official debut at the Frankfurt Motor Show next week.