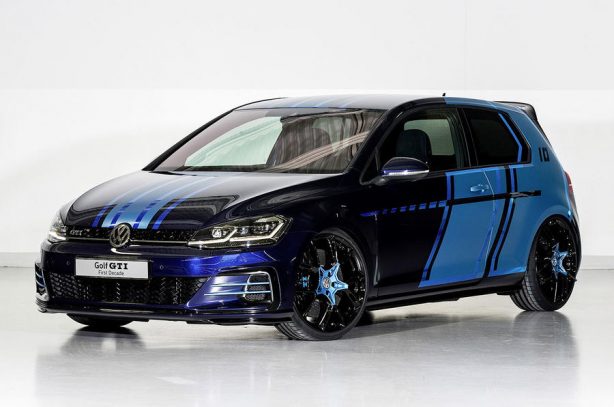 It’s the annual Wörthersee GTI meet again and Volkswagen’s skilled apprentices have once again built a special Golf GTI for the gathering. Like last year, the 10th apprentice-tweaked Golf GTI for this year’s event is a three-door version of the popular hot hatch.

This year’s project team is made up of five women and eight men aged between 18 and 23. The group used CAD and 3D printing technology to create their one-off Golf GTI, which is by far, their most impressive to date.

This is not merely a customised Golf GTI, but a fully working hybrid prototype which the group call the First Decade GTI, a name chosen to commemorate the 10th apprentices’ GTI since they started the project. 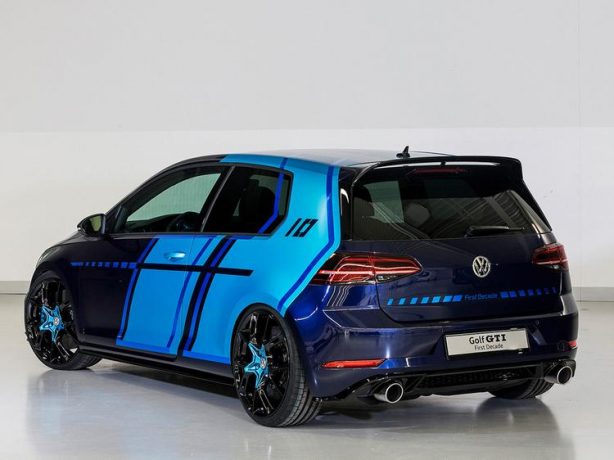 The first ever Golf GTI hybrid consists of a 300kW petrol engine driving the front wheels and a 48 volt 12kW electric motor propelling the rear wheels. Combined, the powertrain essentially offers all-wheel drive, which is also a first for a Golf GTI.

It even has a regenerative braking system which charges the two batteries in the back by harvesting the kinetic energy generated by braking. The modes can be selected and controlled from a tablet PC using an app or from the infotainment display via Mirror Link. 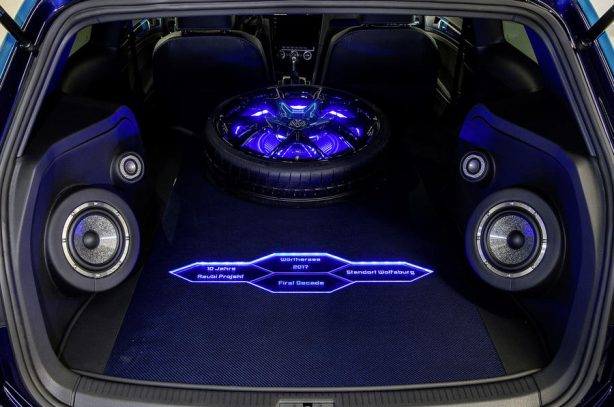 The standard audio has also been removed to make room for a beefier setup boasting 11 loudspeakers and an unspecified number of subwoofers for a total output of 1,960 watts.

Rounding up the innovation is some styling touch up including 20-inch wheels and a striking Satin Ocean Shimmer and Atlantic Blue Metallic paint work.