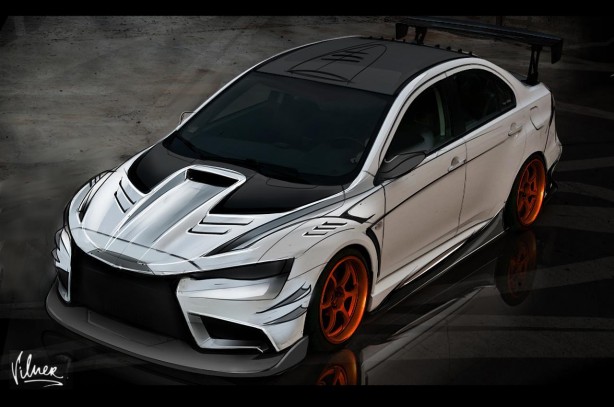 Vilner, the Bulgarians known for crafting bespoke car interiors, has revealed on their Facebook page they are working on a radically modified Mitsubishi EVO X.

The aim of the ambitious project is to turn a stock EVO X into this significantly modified limited edition number you see in the sketch here. No technical details have been released by the company, but we won’t be surprised if some hardware tweaking is done to match the dramatic new look. 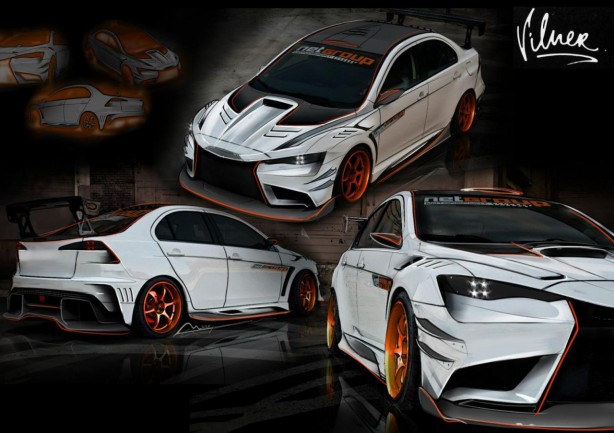 As you can see from the sketches, most of the car’s panels will be designed, except for the doors and roof. A Lexus style grille will adorn the new facia, along with slimline LED headlights and large air intake scoops. The roof will be painted black, while a wide body kit and beefy side skirts give the car and imposing stance.

At the other end, a huge diffuser, big GT wing and widened wheel arches signifies the major changes. The redesign is completed with a set of six-spoke orange wheels.

Vilner will no doubt put their paint brush to the interior for a thorough makeover.