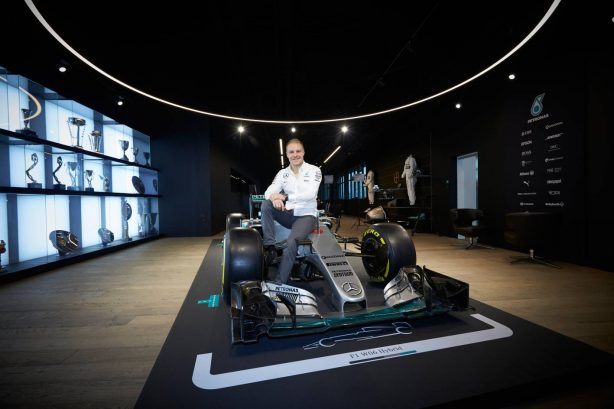 It’s been 45 days since Nico Rosberg dropped the bombshell of his immediate retirement from Formula One. And it left the team with a conundrum: how to best fill the vacant seat alongside three-time champion Lewis Hamilton in order to defend the Constructors’ Championship?

Following six weeks of detailed evaluation, deliberation and negotiation, it’s now officially confirmed: Valtteri Bottas has signed up to race for the Mercedes-AMG Formula 1 team for 2017. The 27-year-old native of Nastola, Finland has completed four seasons in Formula One with Williams, making 77 starts and scoring 9 career podiums so far.

“Sometimes in life, unexpected circumstances provide interesting opportunities. Nico’s decision in December was a big surprise – certainly a challenging situation for the team to handle. But weathering the storm makes you more resilient and we see this as another opportunity for the team to grow,” explained Toto Wolff as he introduced the fourth driver to race for the Silver Arrows in the modern era.

“Valtteri is a no-nonsense guy: down to earth, straightforward and very focused. Pretty Finnish, to be honest, and a great fit for us. He has an impressive track record in the junior categories and nine podiums in F1. But now it’s time for the next level, to see how he can step up to challenge for race wins and for Championships. We know that we are already behind the curve in terms of preparations for the new season, so we’ve got a busy programme to get him integrated into the team. One thing is for sure: as I know Valtteri, he will give it everything.” 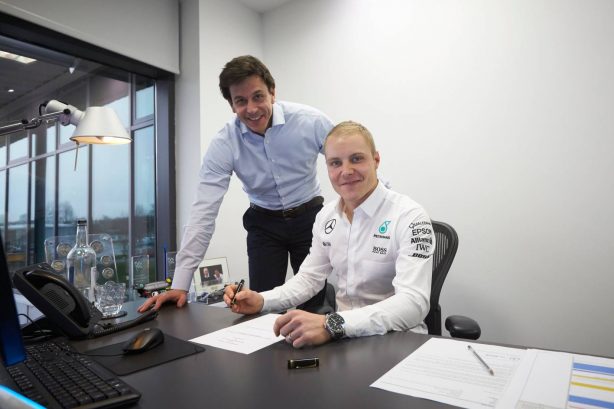 Valtteri was cautiously optimistic when he met his new team-mates in the factory today. “It’s very exciting times for me,” he grinned. “I think it’s going to take a while to understand that this is really happening. It’s definitely another dream come true, to race in another team with such great history – especially in the recent years, which have been so impressive. I’m really proud to become a part of that and grateful to everyone at Mercedes for trusting my skills and giving me this opportunity.

“I’ve had a really warm welcome so far. Of course, I have a lot more people to meet and new faces to remember. But initially everything has felt very good. I’m really impressed with the facilities and I’m looking forward to getting to know everyone better. My first experience with Mercedes power was in F3 back in 2009 and, of course, I know the Power Unit well from the last three years with Williams. But there are a lot of new things to learn with the car and also with how the team operates at the factory, in testing and at the races.” 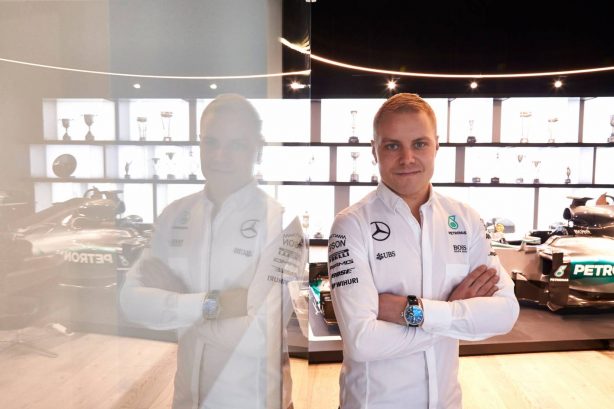 New aerodynamic regulations for 2017 pose a challenge for the entire Formula 1 field, which should make it more interesting for the upcoming season. Valtteri is paired with three-time World Champion, Lewis Hamilton; and there are just 70 days until the red lights go out at the start of the Australian Grand Prix in Melbourne.

“We have confidence in Valtteri’s ability and it’s one of the reasons that he is the driver we set our sights on this winter,” continued Toto. “The next weeks will be busy as we work to build relationships so Valtteri understands the team and the car. But that’s an exciting challenge that will bring us fresh energy and a new dynamic between the drivers. And, of course, we’re working hard to give Lewis and Valtteri the car they need to do the job.” 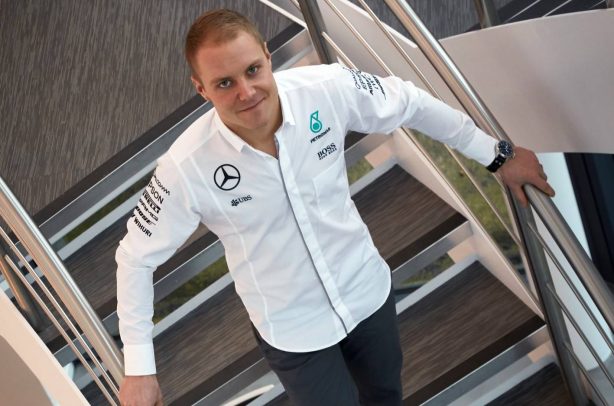 The agreement for Valtteri to join Mercedes has not happened in isolation. With today’s announcements that Pascal Wehrlein will join Sauber for 2017, and that Felipe Massa will return to Williams, the final pieces of the puzzle have fallen into place for this year.

As Valtteri now begins a busy week of technical and physical preparations for the new season, Mercedes-AMG Petronas Motorsport has also confirmed that Nico Rosberg has accepted an ambassadorial role with the team for 2017.