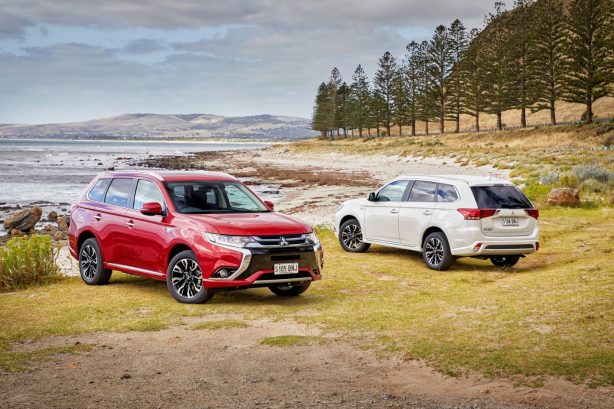 Retaining the standard model’s interior design and cabin dimensions, Mitsubishi says the Outlander PHEV was developed from the ground up to be driven by either an internal combustion engine or hybrid technology and as a result there are no compromises in terms of packaging, practicality or driving dynamics. 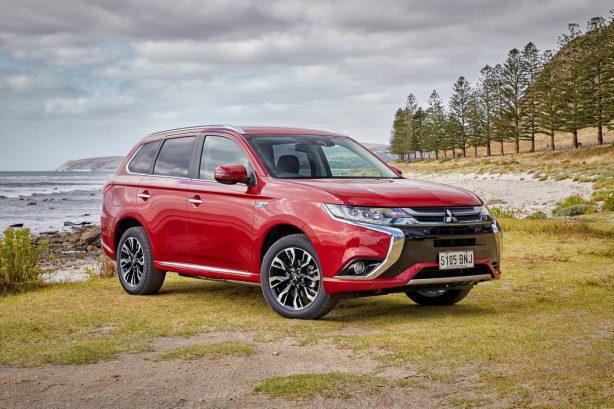 The Outlander PHEV is available in two specification grades, LS and Exceed, both come with new features such as Mitsubishi’s Smartphone Link Display Audio with Apple CarPlay and Android Auto integration and Digital Radio (DAB+), electric folding and heated exterior mirrors, LED headlamps with auto levelling and an electronically controlled park brake with Auto Hold function. Also new is a DC fast charging socket capable of recharging the battery to 80% capacity in around 25 minutes. 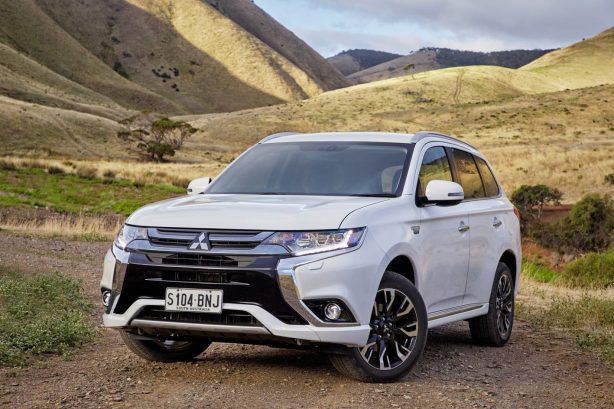 For 2017 Mitsubishi introduces a new EV Priority Mode across all variants. The new EV switch is located below the 4WD button and once activated, it allows the driver to operate the vehicle in EV mode without the engine starting, provided there is sufficient charge in the batteries.

The electronic parking brake’s auto hold button function which, when activated, holds the vehicle in traffic or on an incline the same way a handbrake would, allows the driver to release the footbrake.

Highlights of the updated interior include a redesigned steering wheel, new accent trim, improved seating comfort with premium finishes and materials to give the cabin a more “sophisticated” feel. 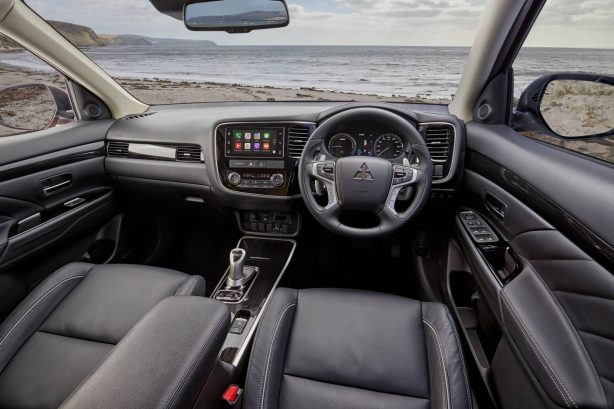 Elsewhere, improvements have been made to noise levels, ride, handling and throttle response. Ride quality and comfort have been enhanced with increased structural rigidity in the body, revised suspension design, new Electric Power Steering calibration and reduced noise, vibration and harshness (NVH) throughout the SUV.

Pure EV range is said to have gained another 4km to a maximum of 54km, while overall fuel economy has been reduced from the previous 1.9L/100km to 1.7L/100km on the combined cycle.

“The Outlander PHEV is now more stylish, refined and has increased practicality with the addition of a DC fast charge socket capable of recharging the battery to 80% capacity in around 25 minutes,” said Mr Principe.

“Of course, if owners can’t find a recharging station, they don’t have to change their plans as the Outlander PHEV is not limited by the availability of recharging infrastructure.”

All modes are engaged alternatively, with the PHEV Operating System shifting constantly between them back and forth seamlessly in a split second, according to battery level as well as driving conditions, with a bias to return to EV Mode as soon and as often as possible.